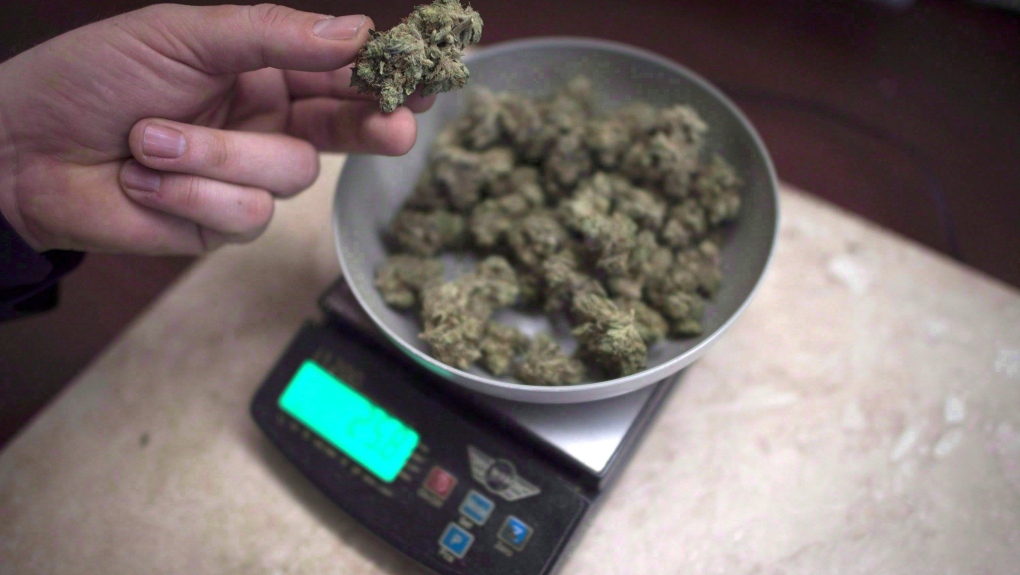 Nearly 70 per cent of Canadians are in favour of marijuana legalization, according to a new poll.

A recent Nanos survey shows 43 per cent of Canadians say they support the legalization of marijuana, while 26 per cent somewhat support the idea.

Only 26 per cent of Canadians either oppose or somewhat oppose the idea.

The poll, which was commissioned by CTV News, includes responses from 1,000 Canadians aged 18 or older and was conducted between May 27 and June 1, 2016. 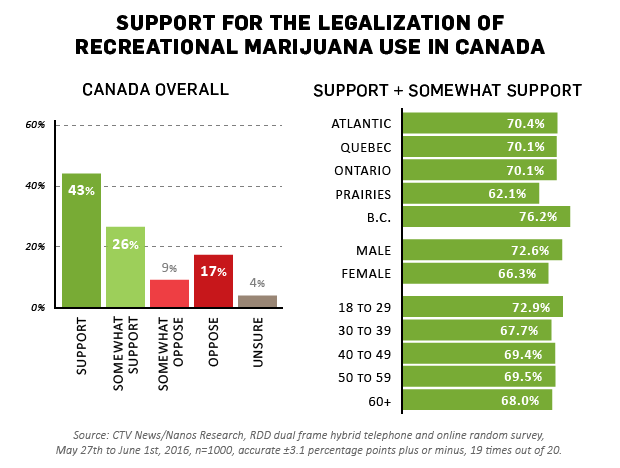 On a mobile device? Click here for a better image.

The survey also found the majority of Canadians (51%) believe the federal government should be in charge of regulating marijuana in the event of legalization, compared to 34 per cent who believe that responsibility should be in the hands of provincial government. Sixteen per cent said they were unsure.

An overwhelming percentage of Canadians also agreed that if recreational marijuana is legalized and sold, the federal government should be in charge of monitoring the product.

Nearly nine in 10 Canadians said they either agree (68%) or somewhat agree (20%) that the government should be in charge of ensuring the safety and quality of the recreational pot sold in Canada.

In April, the Liberal government announced it would be introducing new marijuana legislation in the spring of 2017, after running on the promise of legalizing the drug during the 2015 election.

Prime Minister Justin Trudeau, however, said he opposed the idea of decriminalizing the drug in the meantime because it “gives a legal stream of income to criminal organizations.”

As it sits in legal limbo, Canadians are somewhat divided over whether current marijuana laws should be enforced. 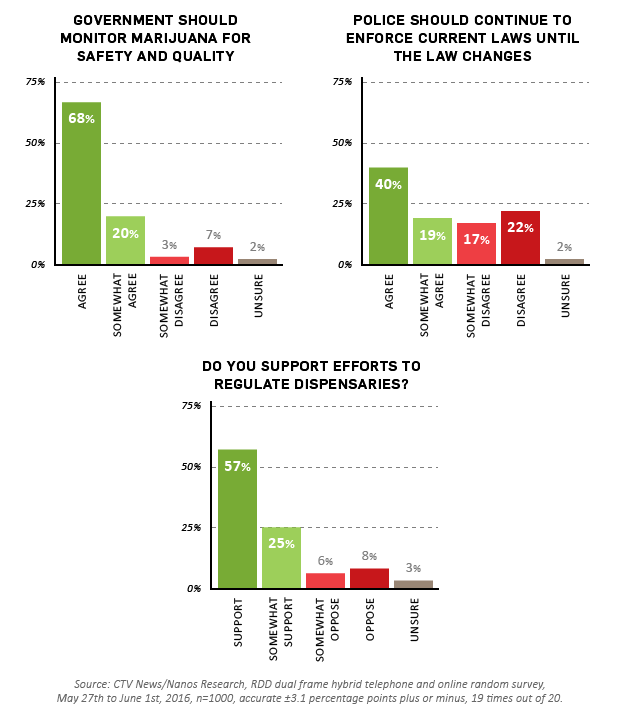 On a mobile device? Click here for a better image.

Fewer, though, oppose the idea of regulating marijuana dispensaries.

In late May, a high-profile crackdown in Toronto saw many of the pot shops that had popped up over the past months raided for violating municipal by-laws.

When asked about efforts to regulate these businesses only 14 per cent of respondents were in opposition.