TORONTO -- Prime Minister Justin Trudeau has vowed to find answers for the families of those killed in the downing of a Ukrainian passenger jet by Iran. Here's what else you need to know to start your day.

1. Plane crash victims: Speaking at a memorial for the victims of Flight PS752 in Edmonton on Sunday, Prime Minister Justin Trudeau has pledged to get answers for the families of those killed.

2. Maple Leaf Foods: Michael McCain, CEO of Maple Leaf Foods, has spoken out against the U.S. government after an MLF employee and his family were killed in the Ukrainian airliner accidentally shot down by Iran.

3. Royal rift: The Queen is to hold a crisis meeting Monday at her Sandringham estate to work out a future for Prince Harry and his wife Meghan, after their shock decision to walk away from royal roles.

4. MAID: The federal government has opened a public consultation on medical assistance in dying after the Superior Court of Quebec found it was unconstitutional to limit access to people nearing the end of life.

Ontario alert: An emergency alert warning of an 'incident' at a Toronto-area nuclear power plant was mistakenly sent to people across Ontario during a training exercise, prompting an apology from the province's solicitor general. 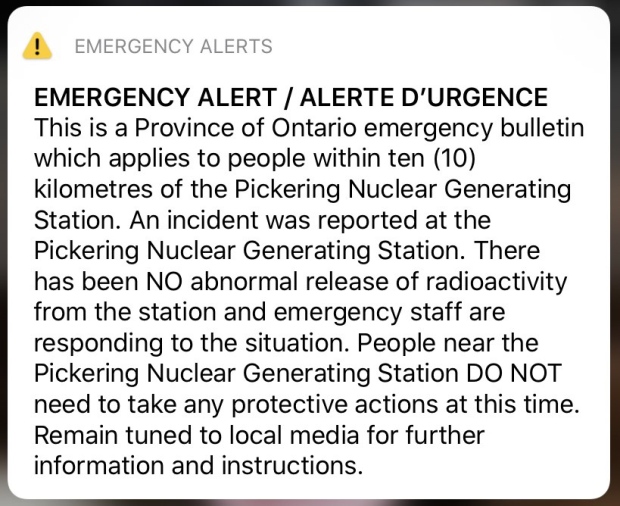