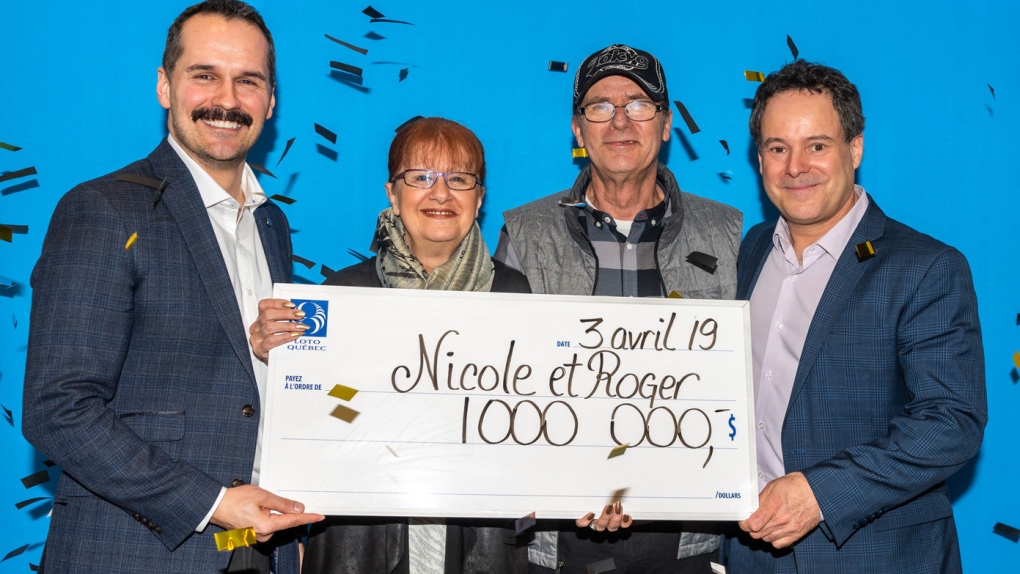 A Montreal couple got a double dose of good fortune after they found a $1M lottery ticket in an old book just 48 hours before the deadline to claim.

Nicole Pedneault and Roger Larocque’s golden ticket was drawn on April 5, 2018, which left the pair just two days to collect their jackpot prize.

"Rather than flowers or chocolate for Valentine's Day, we went to the Casino de Montréal with friends and we bought ourselves a lottery ticket,” Pedneault said.

But it was only last week while looking for things for her grandson, that Pedneault found the precious ticket in a book, where she had put it months earlier.

"If my grandson had not asked me to lend him some things for his presentation I would have never found the ticket on time," Pedneault said.

“The first thing I did when I discovered the was to claim the prize on the Loto-Québec site. It's very lucky to have found it at the last minute like this.”

Pedneault and Larocque plan to use their winnings to spoil their five boys and grandchildren and maybe buy a new vehicle.

But on Wednesday the couple planned to celebrate their good fortune in true Quebecois style.

“We will go to a small restaurant, but we will spoil ourselves by ordering a poutine with double sauce and double cheese, " Pedneault said.

If prizes are not won or claimed, they are paid into the prize pool used to offer bonus prizes to Loto-Québec's various lotteries.