Canada to give $11M to Egypt for democracy efforts 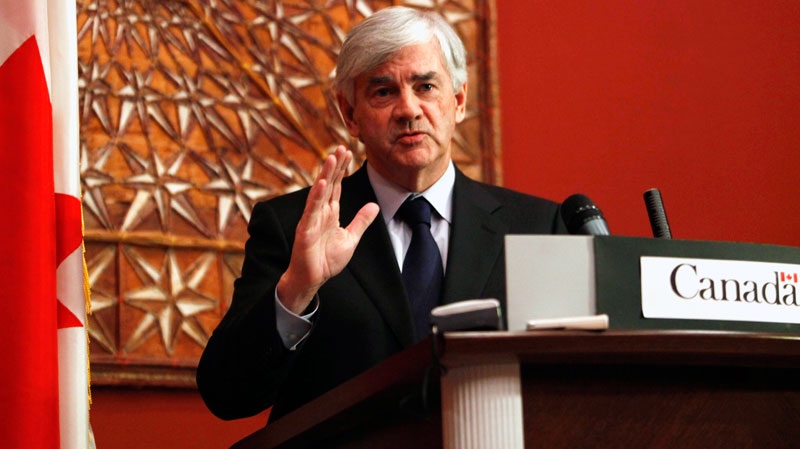 Cannon said he told Prime Minister Essam Sharaf and his cabinet that Canada was willing to participate in Egypt's "transition from dictatorship to democracy."

The money will target opportunities for young Egyptians and help develop democratic institutions in their country and across the broader Middle East.

The vast majority of the new funds -- $10 million over five years -- will be supplied by the Decent Employment for Youth Project, a Canadian International Development Agency project which trains and helps young people find jobs and start businesses in tourism and manufacturing.

Canada is also joining the German government to help train journalists with a $300,000 contribution to build capacity in Egypt's media sector.

In addition, Canada is contributing $600,000 to a United Nations electoral support program and another $100,000 to aid the democratic transition in neighbouring Tunisia.

"Everywhere, I witnessed the strong determination by Egyptian leaders to transform the clearly expressed will of the Egyptian people to build a society based on freedom, democracy, human rights and the rule of law," Cannon said.

NDP foreign affairs critic Paul Dewar welcomed what he called a change of tone from the Harper government.

"They're engaging in some damage control after the Prime Minister compared the dawn of democracy in Egypt to spilling toothpaste out of a tube," he said.

Dewar added that more details of Canada's funding to Egypt were needed.

"I hope this means the government will revisit the promise it made in its Speech from the Throne to create a democratic development institute."

In addition to his funding announcement, Cannon also met with the secretary general of the Arab League, Amr Moussa, who has indicated he will run for Egypt's presidency.

The two men discussed the deteriorating situation in Libya, where forces loyal to strongman Moammar Gadhafi appear to be beating down rebel forces.

el warning that his department has issued to Canadians considering travel to Egypt.

"I think it's incumbent that the country be able to restore the great tourism industry it does have."

Sharaf told Cannon that he hoped Egypt's nationwide curfew and other stepped-up security may also soon be eased.

Cannon's visit coincided with the arrival of U.S. Secretary of State Hillary Clinton in Egypt.