Canada's last asbestos mine about to run out of asbestos 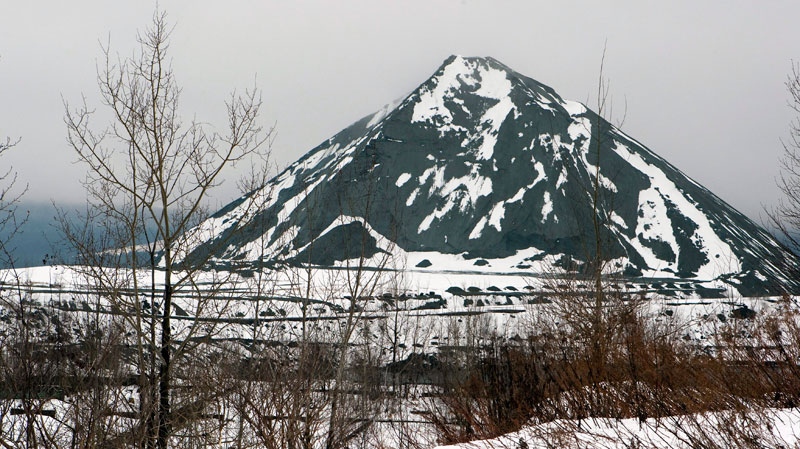 MONTREAL - A confidential federal memo suggests Canada's last fully functional asbestos mine is about to die, raising the prospect the controversial industry might just disappear on its own.

The Natural Resources Canada memorandum, released under the Access to Information Act, estimates that the life of Quebec's Lac d'amiante du Canada will end in early 2012.

This information sheds new light on the international argument over asbestos and suggests that, despite its loud defence of the industry, the Harper government is aware it could die a quiet death.

The vast majority of Canadian asbestos exports come from the facility in Thetford Mines, Que; investors are also hoping to save another mine in nearby Asbestos which has operated infrequently in recent years.

Canada's asbestos industry has nearly disappeared in recent decades amid concerns about the substance's cancer-causing properties. Its opponents call it immoral that Canadians still export to poor countries a product they would not use in their own homes.

But the federal government's own assessment is that the main mine could be gone within months.

"The open-pit Lac d'amiante du Canada (LAC) operation will be the last remaining chrysotile mine in Canada, with an estimated mine life of two to four years," said the February 2008 assessment.

The Canadian Cancer Society says more than 100,000 people die worldwide every year from occupational exposure to asbestos and a growing chorus of health experts have repeatedly called on Canada to stop exporting the mineral.

But the warnings have not changed Ottawa's position on the fibrous mineral.

Last month, the Conservative government steadfastly refused to let the substance be added to an international hazardous-chemicals list -- a United Nations treaty known as the Rotterdam Convention.

The long-held position of the Tories, and other asbestos industry supporters, is that it's safe when handled properly.

Defenders of the industry also credit it for creating hundreds of jobs in the economically depressed region of central Quebec, a point the Conservatives have tried to translate into votes.

Prime Minister Stephen Harper has visited the heartland of Quebec's asbestos industry twice in recent months, including a stop during the federal election campaign. He also chose to celebrate Quebec's Fete nationale holiday in that region.

But is the prime minister's support a moot point?

The federal document surfaces at a critical juncture for the future of Lac d'amiante and, by extension, for the Canadian asbestos industry as a whole.

This week, LAB Chrysotile, the company that manages the mine, said it might shutter the operation indefinitely this November. The closure could effectively halt Canada's active asbestos mining industry.

But company president Simon Dupere insisted the current problems have nothing to do with shrinking deposits of chrysotile buried beneath Thetford Mines.

He said the mine could continue to scoop asbestos out of the ground past 2012, but he declined to specify for exactly how long.

"No, it ain't the case, it's not going to be over by 2012," Dupere said, adding the federal document probably focused on just the proven reserves.

"There's enough resources to last way longer than that... Thetford Mines is full of it. No matter where you look, you could dig and find some."

Dupere blamed the possible closure of the operation on "internal challenges."

"It is labour, it is production, it is development, it is a bit of everything," he said.

The miners' union is banking on the company to overcome these issues to save jobs.

The president of the local branch of the United Steelworkers, which represents the employees, is concerned the mine's closure could put 350 people out of work.

Luc Lachance was surprised to hear that Ottawa believed the mine might run out of asbestos by 2012. He said he was told there's still two and a half years of life left in it.

But he added that for the mine to live on, it needs the provincial government's permission to dig under a closed highway.

"If it goes well, we'll continue, and if it doesn't, they'll close it," he said.

The Quebec government is already holding one shovel that could help the declining industry dig out a future.

The province is considering whether to help revive Canada's only other asbestos operation -- the mostly mothballed Jeffrey Mine, which has only been extracting chrysotile sporadically in recent years.

Quebec is prepared to give a $58-million bank-loan guarantee to Jeffrey Mine, as long as it can come up with $25 million from private investors by Aug. 15.

Local asbestos advocates say the financing would relaunch Jeffrey, located in the town of Asbestos, for another 25 years and create 500 jobs.

The Natural Resources memorandum was released under the Access to Information Act and given to The Canadian Press by Kathleen Ruff, a prominent asbestos industry critic and human-rights activist.

A spokeswoman for Natural Resources Canada confirmed the document's authenticity.