Zombie debt: What it is and why it could come back to haunt you 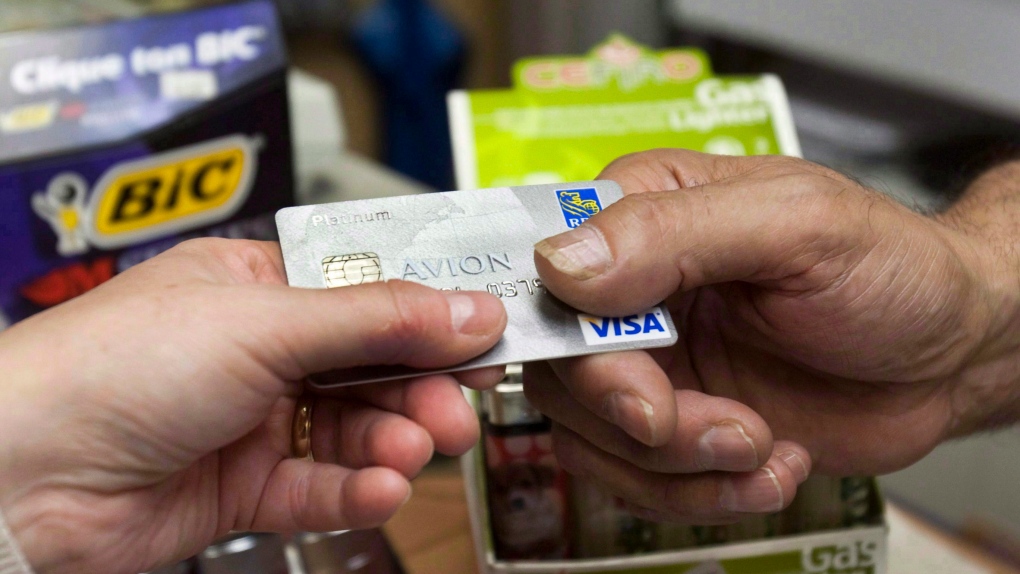 A consumer pays with a credit card at a store Tuesday, July 6, 2010 in Montreal. (THE CANADIAN PRESS/Ryan Remiorz)

TORONTO -- Canadians with old debts beware: a momentary slip or lack of knowledge of your legal rights could results in past debts rising from the dead and coming back to haunt you.

Zombie debt -- old accounts that may have been written off as "uncollectable" and which have passed the statute of limitations -- is expected to increase due to Canada's high level of consumer indebtedness, say insolvency experts.

Canadians have taken advantage of cheap money, with total debt per consumer surging to $71,979 in the second quarter, up from about $57,000 five years earlier, according to credit monitoring service Equifax.

Delinquencies are expected to rise once interest rates eventually climb and put stress on the ability of some borrowers to make payments.

"Debt is increasing faster. So I would be concerned that there is a jump in people who are finding themselves unable to pay their debts," says Julie Kuzmic, Equifax Canada's director of consumer advocacy.

That would lead to more accounts going to collection agencies and aging even after the original creditor loses interest in collecting.

"As you get a higher consumer debt level, more and more of those -- just by the sheer statistics alone -- are going to be older debts," says Scott Terrio, manager of consumer insolvency at Hoyes, Michalos & Associates, a Toronto-based company specializing in insolvency.

Statute of limitations laws across the country protect consumers from lawsuits if their unsecured debt hasn't been repaid within the allotted time.

The statute of limitations is two years in Ontario, Alberta, Newfoundland and Labrador, B.C., P.E.I. and Saskatchewan. It's three years in Quebec, and jumps to six years in the remaining provinces and territories. The federal limitation is six years.

The timelines mean creditors and collections agencies can't go to court after that period of time to force payment.

But that won't keep aggressive collection agencies at bay. Debt remains on a person's credit file for six years and technically doesn't ever vanish entirely.

Efforts to collect old debt can resurface after it is sold to a new collections agency for cents on the dollar.

Successfully pressuring just a few unwitting debtors to make a payment could be enough to make the exercise profitable for them.

"If I collect from one person, I can probably cover 10 or 20 files because I've only paid five cents or something," Terrio said.

Zombie debt comes in many forms, including legitimate debts that have been forgotten or ignored, scenarios where innocent parties share the same name of a debtor, or cases of identity theft or computer error.

It involves unsecured credit from credit cards, lines of credit, phone bills and the like. It does not apply to secured debt such as mortgages and money owed to government for income tax, property tax, fines, outstanding health care premiums and student loans.

Old debt becomes zombie debt when a debtor acknowledges the money owing after the statute of limitations has lapsed, said David Gowling, senior vice-president with MNP Debt, one of Canada's largest insolvency practices.

"That can resurrect it and now you're starting your whole statute of limitations all over again."

Some cases of zombie debt border on the absurd. Collections agents hounded one person a few years ago for money owed to Eaton's, even though the department store folded 20 years ago, said Gowling.

Experts advise debtors not to acknowledge debt and if threatened with a lawsuit, tell the caller to send proof of the debt. Chances are they can't and won't bother because the statute of limitations has passed for seeking a judgment.

While some actions by debtors could get the clock ticking again on the statute of limitations, it usually requires that a person acknowledge their debt in writing, said Lee Akazaki, partner with Gilbertson Davis LLP, a Toronto-based law firm.

That could include replying to an email agreeing that the debtor owes the money.

Responding with "I don't owe money because that's an old debt" is not an acknowledgment.

"It just means you used to owe the money but you don't anymore," he said.

She worries that people afraid of being sued will unnecessarily seek a bankruptcy trustee.

"People should not be running to see a trustee outside of that two-year window because they're going to pay fees for something that may never come about anyway," she said in an interview.

Campbell said some people feel a moral obligation to repay debts even though they legally can't be forced to do so.

She advises against taking a knee-jerk reaction.

"Make sure you get the right advice before you make a decision that could harm you in the long-run."