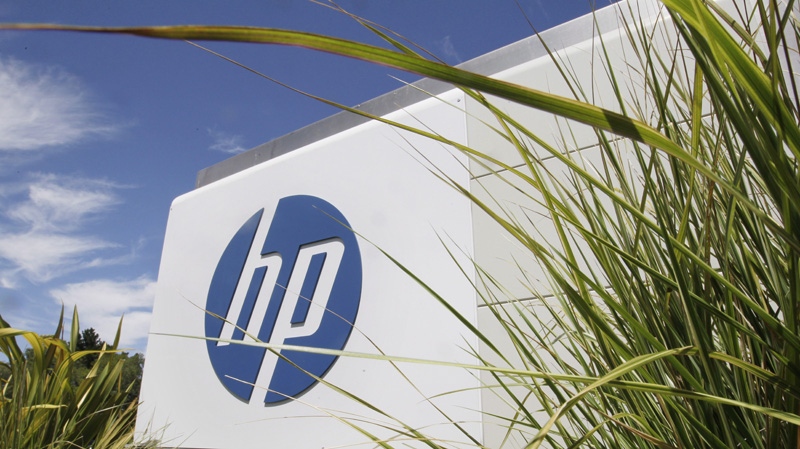 Xerox is reportedly considering buying Hewlett-Packard Inc. in what would be a merger of two former American technology giants that have both seen better days.

The Xerox board discussed the possibility of an HP purchase on Tuesday, according to the Wall Street Journal, which cited sources familiar with the matter. The Journal also reported that the Xerox discussions are preliminary and might not lead to an offer for HP. Xerox and HP spokespeople were not immediately available for comment.

A deal would be complicated by the fact that HP is more than three times the size of Xerox: HP has a market value of $27 billion, compared to Xerox's $8 billion valuation. But Xerox announced Tuesday that it is selling various stakes in former parts of its business, and it will generate $2.5 billion in cash from those transactions. The Journal also reported that Xerox has been given the blessing by a major bank to receive lending for the transaction, should it go forward.

HP's stock soared 9% in premarket trading. Xerox was down 3%.

A marriage between the companies could make sense. Both Xerox and HP spun off their big money-making ventures in recent years, leaving behind aging printing businesses that remain profitable. But those earnings are dwindling every year.

HP had surprised investors by growing faster than many had believed possible after its 2015 split with HP Enterprise, but it has struggled in recent quarters.

Although HP still has a sizable PC business, fewer customers are buying ink from HP. Ink sales had long been HP's profit generator: HP would take losses on its printer sales, generating the bulk of its income from ink. But smartphones make printing less crucial, and many customers who do print are able to find cheaper ink suppliers.

The company announced last month that it would cut between 7,000 and 9,000 jobs by 2022. At the time, Enrique Lores, HP's new CEO, called the move "bold and decisive action" to help the company in its next chapter. HP's former CEO, Dion Weisler, stepped down on Friday for a family matter.

Xerox, like HP, relies on a dying business for the bulk of its sales and profit. It sells and services copy machines and printers, primarily for corporations. But sales are falling, declining in each of the past seven quarters.

The deal between two similar businesses could yield cost savings of about $2 billion through layoffs and other synergies, the Wall Street Journal reported.

Both companies have a storied history: Xerox started in 1906 as the Haloid Photographic Co. The photographic supply company in Rochester, New York, paved its way to mega-success in March 1960, when it shipped its first office copier. The Haloid Xerox contraption was the size of two washing machines and weighed 648 pounds. It also occasionally caught on fire. The Xerox copier's core technology -— a process called xerography, invented by Chester Carlson — is still widely used in copy machines five decades later. Xerox is now based in Norwalk, Connecticut.

HP traces its origins to 1938, when Bill Hewlett and Dave Packard rented a garage in Palo Alto, California. That year, they invented their first product: the HP Model 200A, an audio oscillator used to test sound equipment. The company became the pioneer of Silicon Valley, building its first computer in 1966 and the famous HP-35 in 1972 — the world's first hand-held scientific calculator.