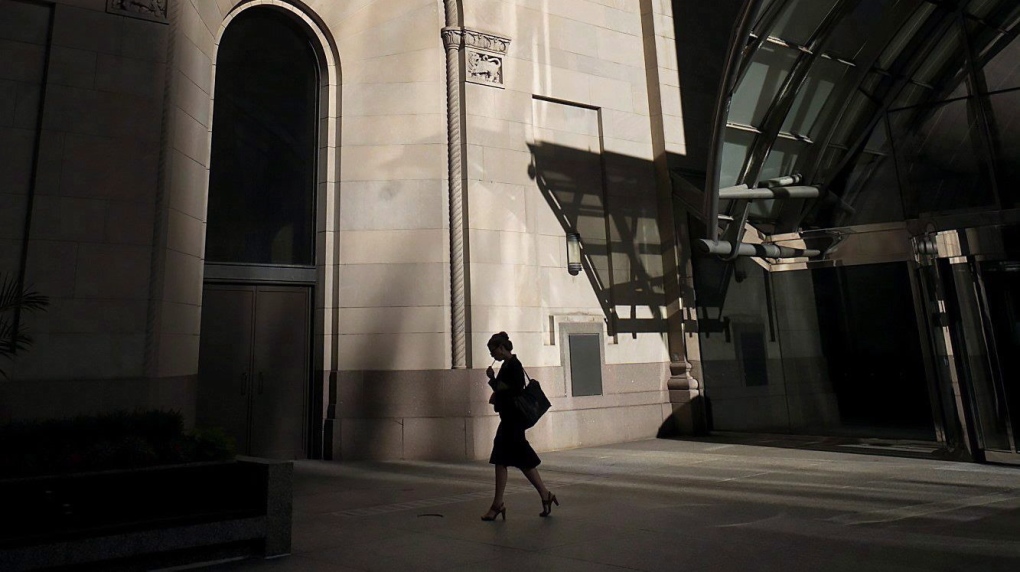 TORONTO -- The COVID-19 pandemic has pushed women's participation in the labour force down to its lowest level in three decades and rebounding won't be easy, says a new study from the Royal Bank of Canada.

The report Thursday shows 1.5 million Canadian women lost their jobs in the first two months of the pandemic and says women accounted for about 45 per cent of the decline in hours worked over the downturn, but will only make up 35 per cent of the recovery.

"In March in April, it was kind of evenly split between men and women with both having about 1.5 million (job losses), but it's in the reopening where we have started to see a divergence," Desjardins said.

"Men are already being rehired as certain industries get back on their feet, whereas women have been rehired, but that gap is bigger because there is still one million fewer women working."

Women are also impacted because they shoulder more childcare responsibilities than their male counterparts and may have to refuse work or seek a reduction in hours if students don't go back to school in the fall or go back part-time, Desjardins said.

Employment among women with toddlers or school-aged children fell seven per cent between February and May, compared with a four per cent decrease for fathers of children the same age.

Single mothers with a toddler or school-aged child saw their employment drop 12 per cent between February and June, compared with a seven per cent decrease for single fathers.

It's a stark contrast to prior recessions, when men were significantly more likely than women to be laid off.

RBC said in prior recessions, from the early 80s to the 2008 financial crisis, men were significantly more likely than women to be laid off.

In the downturn due to the financial crisis, the unemployment rate for men was more than 2.5 per cent higher than that of women and when the recovery came women's participation in the labour force rebounded to its highest level as the participation of men was declining.

Desjardins said prior recessions hit the male-dominated goods market more than the female-dominated service market, which has faced the brunt of COVID-19.

During this recession, RBC said one-third of women who lost jobs between February and June did not seek work, putting them at higher risk of long term job-separation and future wage penalties.

Jennifer Hargreaves has heard about these struggles constantly since COVID-19 started spreading across Canada.

"The things I've been hearing in the community are things like 'I might have to quit my job. How am I supposed to look for work right now when we don't even know who's got flexible workplaces and we don't know what childcare is going to look like?" said Hargreaves, who runs Tellent, an organization that helps professional women find flexible work opportunities.

Many women have reduced their hours because their partner earns more and they need a way to look after their kids -- a situation Hargreaves faces in her own home.

Others, she said, have been laid off and haven't begun the job hunt because of the uncertainty the pandemic has fostered.

She worries about these women because, she says, "any time you take more of an extended break in your job search, you can lose your network, your connections and your confidence."

For Hargreaves, one of the most scary parts of women's drop in participation in the labour force is that "there's no end in sight."

"It's just that uncertainty of not knowing and not having clarity or communication that makes it exhausting and really hard to plan."

This report by The Canadian Press was first published July 16, 2020.