Women make up 17 per cent of board members at TSX-listed companies: report 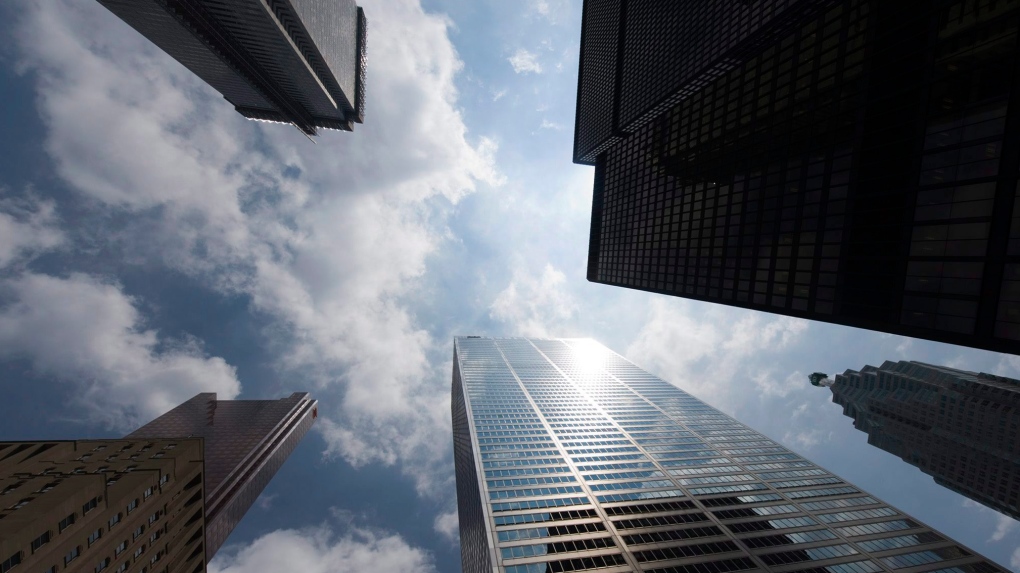 In this file photo, bank skyscrapers are seen from Bay Street in Toronto's financial district. (Adrien Veczan / THE CANADIAN PRESS)

TORONTO -- The proportion of board seats held by women at companies listed on the Toronto Stock Exchange inched up slightly to 17 per cent, according to a report from the Canadian Securities Administrators.

The level of female representation on boards marks an increase from 15 per cent last year and 11 per cent in 2015 when the report was first published, but remains well below the proportion of women in the broader Canadian population at 50.3 per cent.

The percentage of publicly listed companies with at least one woman on their board rose to 73 per cent, from 66 per cent last year and 49 per cent in 2015.

However, just 15 per cent of issuers had three or more women on their board, up from 13 per cent last year and eight per cent in 2015.

Women were better represented on boards of larger companies, with 27 per cent of seats at companies with more than $10 billion in market capitalization compared with just 13 per cent at those valued at less than $1 billion.

The frequency at which a vacant board seat was filled by a woman rose to 33 per cent, up from 29 per cent last year.

Meanwhile, publicly listed companies with at least one woman in an executive officer position decreased to 64 per cent from 66 per cent last year, but the CSA says part of this drop is driven by a change in methodology regarding these roles.

The percentage of companies that had a female CEO remained steady at four per cent, while the number of issuers that had a woman as its chief financial officer rose by one percentage point to 15 per cent.

More companies adopted targets for female representation on their board in the latest year at 22 per cent, compared to 16 per cent last year and seven per cent in 2015.

However, the number of companies that adopted targets for executive officer positions dropped to three per cent compared with four per cent last year and two per cent in 2015, but the CSA attributed part of this to the methodology change.

"Publishing this data reflects our commitment to ensuring investors have information to help them make informed decisions," said Louis Morisset, chair of the CSA and president and CEO of the Autorite des marches financiers, in a statement.

The report by the CSA, an umbrella organization representing provincial securities regulators, is based on disclosures from 641 issuers with year-ends between Dec. 31, 2018 and March 31, 2019.