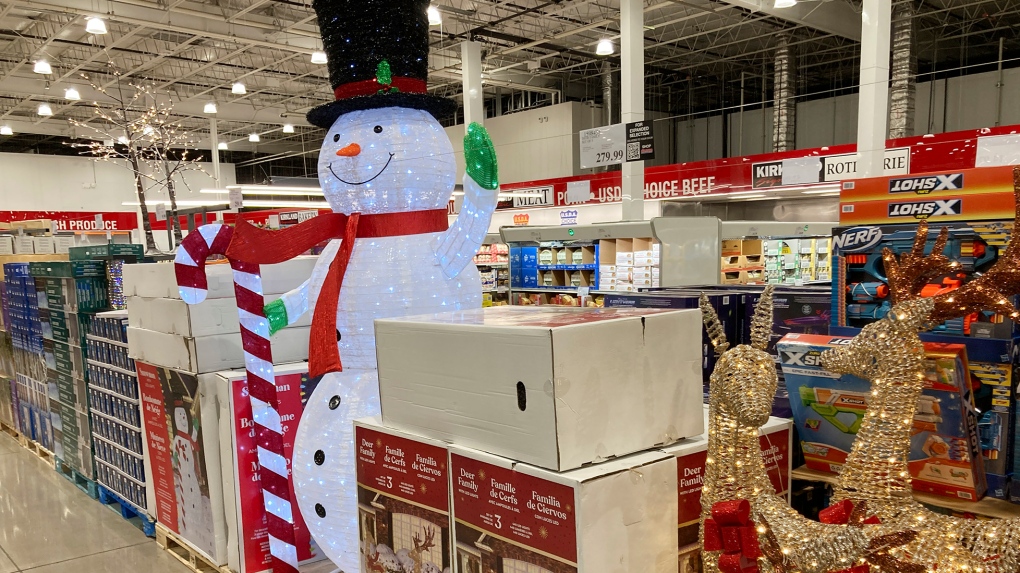 Retailers have many reasons to jumpstart the holidays, their most important stretch of the year. Some stores make up to half of their yearly sales during the holiday period. (David Zalubowski/AP)

You may not be anywhere close to ready for the holidays — but retail chains certainly are.

Christmas trees are already on sales floors at Costco and Lowe's, Walmart's year-end holiday sales start October 1 and Target is offering its "earliest access ever" to holiday deals beginning October 6. Amazon is hosting a new "Prime Day" sales event on October 11 and 12.

Holiday creep is nothing new, as each year retailers start the Christmas season earlier and earlier. But has it gotten out of hand? Should consumers be flooded with holiday music, displays and advertisements in October — a month commonly associated with the World Series, apple picking and Halloween?

"It is inappropriate to the consumer to be pushing December holiday purchasing in September and October," said David Katz, the chief marketing officer at Randa Apparel & Accessories, which makes Levi's, Tommy Hilfiger and other brands.

Retailers have many reasons to jumpstart the holidays, their most important stretch of the year. Some stores make up to half of their yearly sales during the holiday period. A weak holiday season can prove ruinous.

Shoppers respond to emotional and behavioral cues from stores, and starting holiday themes early can tee consumers up to start buying gifts.

"Christmas music and aesthetics and scenery affects their purchase behavior. It might give consumers an opportunity to indulge a little bit more and spend," said Charles Lindsey, an associate professor of marketing at the University at Buffalo.

And this year, there are new incentives for holiday creep.

Higher prices are factoring into purchasing decisions this year, and these early promotional deals allow shoppers to stretch their budgets over a longer period of time, said Danielle Inman, a spokesperson for the National Retail Federation. Case in point: more than half of customers start researching and planning for holiday shopping in October, according to Walmart.

Last year, retailers encouraged customers to buy early to ensure they could get what they were looking for and avoid potential shipping delays. This year, retailers seriously misjudged what's in demand and are sitting on too much casual clothing, home goods and other non-essentials. They're offering discounts early in part to clear shelves and free up cash to bring in new goods for 2023.

But there are risks to dragging out holiday deals for too long. Stores use promotions to convince shoppers to buy right away or risk losing out. An October promotion loses its power if shoppers believe they can still find the same stuff on sale in December or January.

"If I'm going to have a four-month holiday season, I'm not as driven to buy now," Katz said. "You lose the sense of urgency and immediacy."