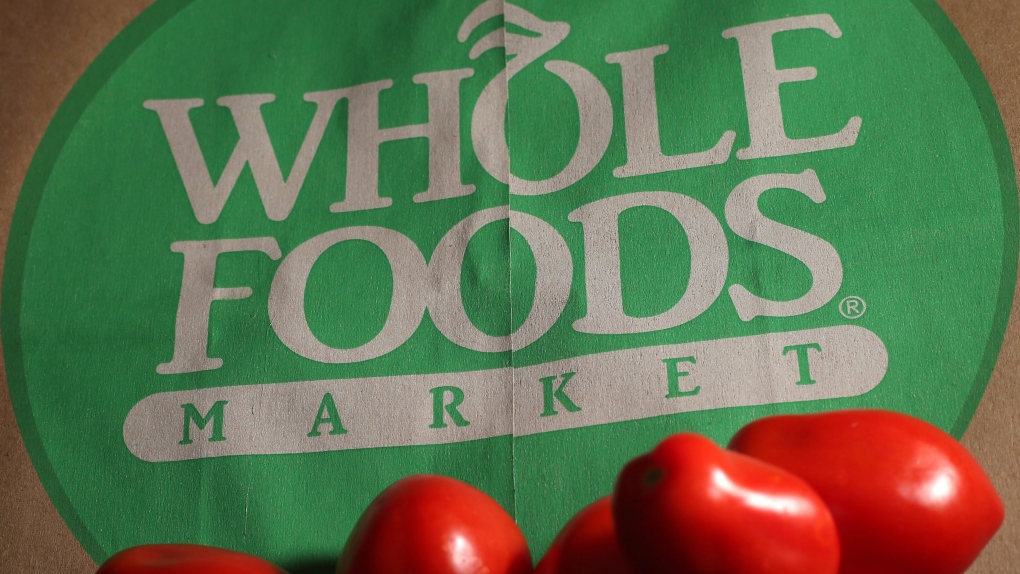 CALGARY -- A plan to quadruple its Canadian presence to 40 stores has hit a snag for Whole Foods Market which confirms it will not proceed with planned store openings in Calgary and Edmonton.

The gigantic American natural and organic foods supermarket chain says on its website it has a total of 12 Canadian stores: five each in the Vancouver and Toronto areas, one in Ottawa and a new store that opened in Victoria in November.

"Whole Foods Market is committed to expanding in Canada with two stores in development, but we will not be moving forward with the Calgary or Edmonton store locations," wrote spokeswoman Beth Krauss in a one-sentence email late last week.

Krauss didn't respond to a request for an interview to explain why the Alberta stores are not going ahead or to clarify the company's growth plan. It's unclear where the two stores in development she mentions would be located.

Two years ago, CEO John Mackey told reporters at a Montreal conference the chain would eventually grow to 40 Canadian locations from 10, without giving a specific timeline. He said the chain was then actively looking for a Montreal location.

Whole Foods announced in February 2015 it would open a 42,000-square-foot location in south Edmonton by the fall of 2016, along with a new store in Calgary by the summer of 2017. It said each store would create an estimated 150 jobs.

In September, a Whole Foods spokeswoman confirmed published reports that the chain had terminated a lease deal for a store in Calgary's North Hill Mall due to "timing challenges" but said the company remained committed to expanding in Canada with four stores in development.

"I don't think formally they've made any announcement that they're not going to continue to expand in Canada but my guess is they will be very careful about where they do that and more selective ... than maybe two years ago," Atkinson said.

She added the low value of the Canadian dollar versus the greenback makes it difficult for U.S. firms to justify expansions in Canada because the payoff will come in "75-cent dollars."

"An upscale store like that needs a critical mass of affluent, confident shoppers and the fact they are cancelling or postponing stores tells me it's indicative of the market there," he said.

On its website, Whole Foods says it has 467 stores, all in the U.S. except for the 12 Canadian stores and nine in the U.K. It started out with one store at its home base of Austin, Texas, in 1980.

In a regulatory filing for the fiscal year ended Sept. 30, Whole Foods said its international stores contributed three per cent of its overall annual sales revenue of US$15.7 billion.

On a conference call in November, CEO Mackey said the company had adopted a plan to cut operating expenses by US$300 million per year to deal with an "increasingly competitive marketplace."

He also reported the company had opened its first three "value format" stores, called 365 by Whole Foods Market, in the U.S. and would be opening more there.