What will Mark Carney tell British MPs at his upcoming 'job interview'? 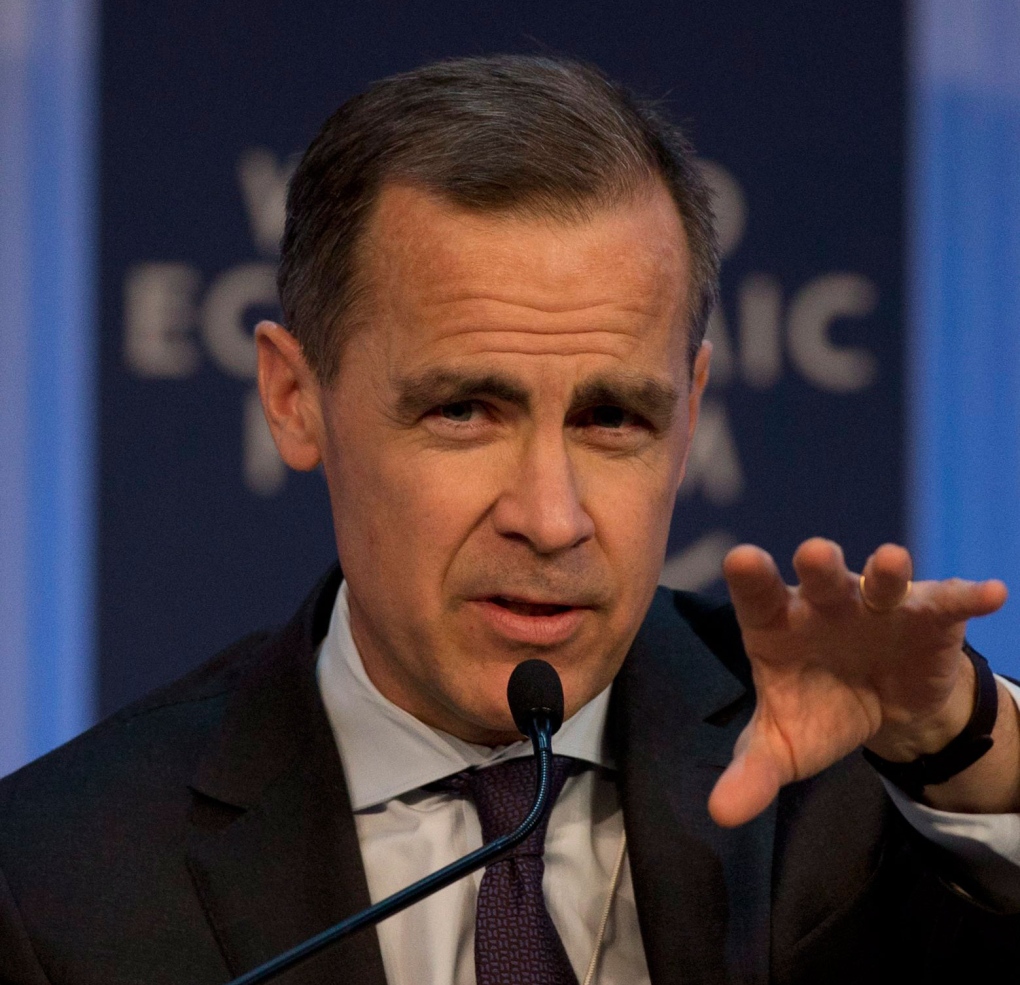 Canada's Mark Carney, Governor of the Bank of Canada, gestures during a session at the 43rd Annual Meeting of the World Economic Forum, WEF, in Davos, Switzerland, Saturday, Jan. 26, 2013. (AP / Anja Niedringhaus)

OTTAWA -- From Britain's point of view, Mark Carney is already sending coded messages about how he intends to govern the Bank of England when he becomes the first foreigner to take over the storied institution.

So when the Bank of Canada governor testifies before the Treasury Select committee on Thursday -- another first among the many his appointment represents -- MPs will have plenty to inquire about during what is essentially a two-hour job interview.

Top of the list, say MPs on the committee, is Carney's Toronto speech in December when he mused aloud about tying monetary policy, and hence interest rate settings and unconventional easing, to economic growth during "exceptional" times.

The comment, which barely got noticed in Canada, caused a major stir in Britain, where its application appears more likely given the beleaguered economy and already loose monetary policy.

Even last month's innocuous comment, in Canada, about favouring a team approach to managing got dissected in London's Daily Telegraph as "distancing" himself from the current governor Sir Mervyn King, who was under attack at the time as being too powerful.

The issue is critical, said John Thurso, a Liberal Democrat MP and member of the committee, because with the Bank of England taking on new responsibilities as the regulator of financial institutions, Carney will de facto become the most powerful governor the 319-year-institution has ever seen.

"The question is, does the governor become the constitutional monarch of the bank with the power but who will defer to the advisers of the committees, or does he become the emperor of the bank?" he said.

"We're not looking for an emperor."

Carney is also almost certain to face questions over his much publicized special demands, including a shorter five-year term instead of the usual eight, and his generous pay packet that will make him the highest paid central banker in the world, by far. With perks and a 250,000-pound housing allowance, his total compensation has been estimated at 874,000 pounds (CDN$1.3 million) a year.

Recently, the Daily Mail newspaper helpfully published a list of properties the Carneys might consider in that price range. They included a seven-bedroom home in Blackheath, and a five-bedroom on Abbey Road -- that Abbey Road -- in St. John's Wood said to be a popular haunt for Sir Paul McCartney and Kate Moss.

Then there's the controversy, in Canada at least, about Carney entertaining the Liberal leadership contest and spending a week at the cottage of Liberal finance critic Scott Brison last summer.

Committee chairman Andrew Tyrie has said that MPs will inquire on "every aspect" of the appointment, including the level of remuneration.

Carney won't get the kid glove treatment, agrees Thurso, but he is unlikely to face a roasting, as some have suggested.

Thurso said the hearing will be useful for Carney as well, as it will be the Canadian's first opportunity to reach out to the wider British public.

The appearance by a governor-in-waiting represents a first for the Treasury Select committee, and is indicative of the growing power of committees in the U.K. parliamentary system.

While the Select MPs cannot veto an appointment to the Bank of England, committee spokesman James Abbott said they can make it difficult for the government to proceed, especially if there is a cross-party vote involving the Conservatives, their coalition partners in the Commons -- the Liberal Democrats -- and Labour.

"Obviously if we rejected it, it would be very hard for the government to go out and appoint. We could force a vote in the House of Commons," he said.

That won't happen, said Labour MP Andy Love. Like Thurso, he is not looking to find fault with Carney as much as hoping the Canadian is the right choice to take charge of an institution that will help determine how the British economy -- which may be headed for a triple-dip recession -- copes amid a weakened Europe.

"We have an economy that's bumping along the bottom at the moment ... so there's a great deal of interest into what he has to say about the types of measures that might be available to the bank," he explained.

Despite the initial controversy over the appointment of a foreigner, Carney has received mostly favourable reviews so far, said Vicky Redwood, chief U.K. economist with Capital Economics in London.

Most of the local coverage has tended to paint Carney as a much needed breath of fresh air -- particularly with his ability to communicate bank thinking. But there has also been blowback about some of Carney's "signals" from Canada.

Redwood notes chancellor George Osborne, who championed Carney's appointment, is said to be "cooling" on the idea of tying monetary policy to economic output targets. Also, the current governor has recently launched a staunch defence of inflation-targeting, something Carney has himself done in Canada.

"The idea has quite a lot of support," she agreed. "(But) we wouldn't be surprised if Mr. Carney backtracks a little on this. After all, we doubt that he intended his speech to spark quite the debate that it has done."

But on Carney's well-established position for keeping a tight leash on financial institutions, Love says he will find plenty of support in the committee and in the broader public.