What happens if you don't file your income taxes on time? 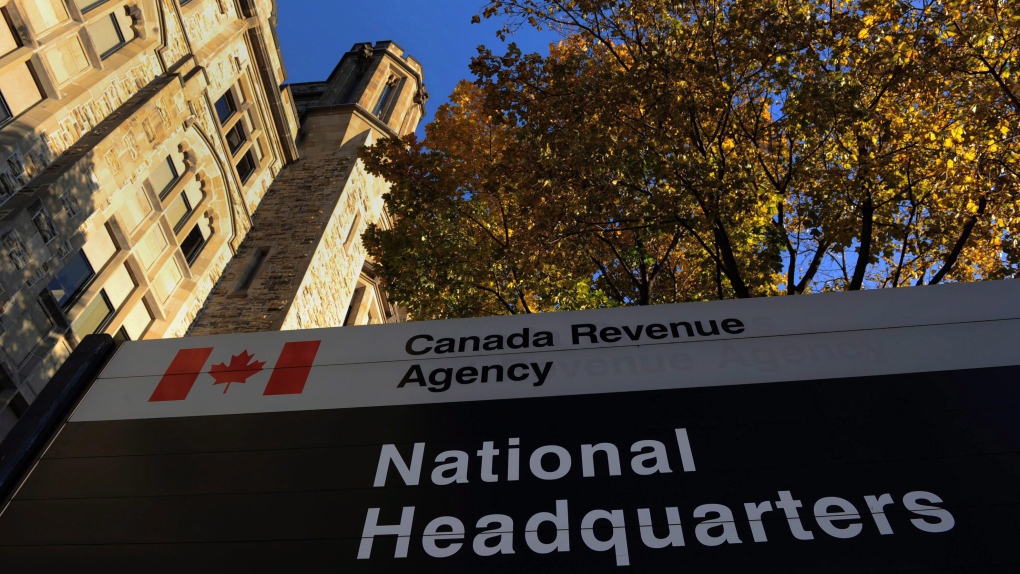 A Canada Revenue Agency building in Ottawa is shown on November 4, 2011. (THE CANADIAN PRESS/Sean Kilpatrick)

Fear of the Canada Revenue Agency (CRA) has caused grown men to burst into tears while clutching thick stacks of unopened mail. Outbursts provoked by mounting fees, compounding interest, and threats of criminal prosecution, according to a prominent Toronto tax lawyer.

Paul DioGuardi says it’s like drips of water filling a pail – only a matter of time before things overflow.

DioGuardi, whose practice specializes in disputes with the CRA, says he has seen it firsthand with clients. Such instances, he says, are typically the result of years of missed filings, and in the most extreme cases, deliberate tax evasion.

With the 2016 tax deadline fast approaching, it’s a sobering reminder of the importance of filing your taxes on time every single year. DioGuardi told CTVNews.ca on Monday, a week before the deadline, that approximately half of all Canadians have not completed this year’s income return, and many have not filed in years.

Most have until April 30 to submit returns. But since the typical deadline falls on a Sunday this year, it’s been extended to the end of the next business day – Monday, May 1. Self-employed workers have until June 15.

Those deadlines are far more important for those who have a balance owing than those who expect a refund. For the latter, you are really just delaying being repaid for the interest-free loan you gave the government, as well as any provincial credits including child benefits, or old age security.

If you cannot pay your full balance on the deadline date, you can avoid penalties by filing your return on time – a critical fact that DioGuardi says many of his clients simply are not aware of.

Most people shirking their income tax return, he says, do so because of a hardship like a divorce or separation, the loss of a job, or an illness. These cases can go unnoticed for years if the person stays below the radar by taking work that pays in cash. Those looking to redeem themselves after such an exile face what he says can only be described as “a collection agency with police-like powers.”

“Usually what happens, especially for men, is they go through a divorce or a family breakdown. They go and they live in their family’s basement, and they get really bitter. They say, ‘Screw the taxman. I’m not filing returns.’ They go and work on the side for cash. Then after a number of years a couple things happen. They meet a nice lady. They get an offer for a good job. Then they are in a quandary. They have to go back on the radar again.”

It’s at this point such people might meet seek the service of someone like DioGuardi, usually with that thick stack of unopened mail in hand. They can typically request a waiver of penalty, relief from the mounting fees and interest.

“We file the returns and we do a payment plan for them, and they are back in the system. That’s the best way because the interest on the penalties is very high,” he said. “We’re almost like economic social workers.”

Canadians can request the CRA waive penalties and accrued interest for any tax period that ended within 10 calendar years before the year the request is made. DioGuardi says these types of appeals are often successful, noting that any compromise is at the CRA’s discretion.

While the agency may be amenable to leniency due to illness, death and other extreme circumstances, deliberately misrepresenting your income is another matter. A conviction for tax evasion, which includes not filing tax returns and hiding income, can result in up to five years in prison.

DioGuardi, who once trained at the CRA’s head office as a young lawyer, says handling of such cases is meant to send a message to would-be tax cheats.

Those tasked with building a case against suspected fraudsters are often driven by a sense of patriotism. The money they are seeking to recover, if illegally sheltered, is the rightful property of the Canadian public. DioGuardi says a lot can depend on who handles each case.

“Often they are very nice, but there are ‘nasties’ in there. I say they are sadistic sometimes,” DioGuardi said. “We’ve even had cases where they’ve gone to client’s houses during the Christmas holidays and threatened the wife, and said ‘We are going to take the house.’ She didn’t owe any taxes at all.”

The CRA said such in person “field visits” are an opportunity to meet directly with taxpayers to discuss an individual’s ability to pay before legal action is taken.

“These actions may include garnishment of bank accounts or wages and the seizure of properties and assets,” said communications manager Paul Murphy in a statement emailed to CTVNews.ca. “CRA does not threaten taxpayers, or use aggressive language. Such behaviour is not condoned by CRA.”