'We need a champion in government:' Tech CEOs want prosperity strategy from Trudeau 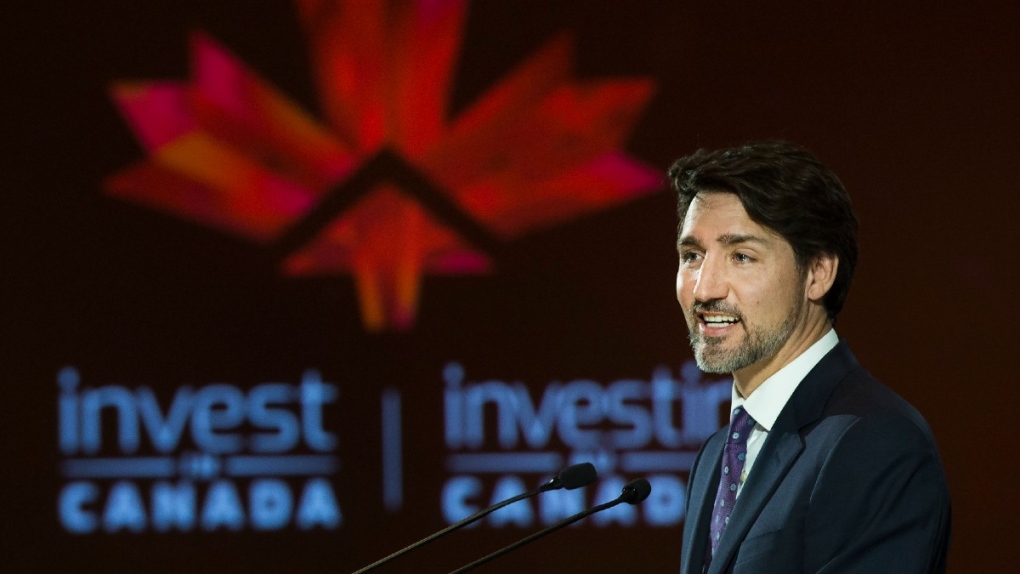 More than 130 Canadian tech leaders are calling on the prime minister to create a prosperity plan because they say the country won't excel without support for innovators and the government has been slow to offer help.

In a letter they sent to Justin Trudeau on Tuesday, 133 executives -- including the leaders of Lightspeed, Wattpad, SkipTheDishes, League and Dialogue -- say Canada needs a plan to champion innovators and help build new jobs and industries as the country grapples with the economic impacts of COVID-19.

"When your government took office in 2015, we received encouraging signals that you understood the importance of Canada's overdue transition to a knowledge economy ΓÇª but in the years since 2015, innovation is barely mentioned," the execs wrote.

"We see less of a bold, cohesive plan for innovation in Canada and more of a patchwork -- pilot programs and furtive policies rolled out in hope they will amount to something greater than the sum of the parts."

The executives who penned the letter want a government prosperity plan to include strategic investments in businesses on track for success, help commercializing Canadian ideas, creation of an ecosystem where innovators can grow at home and abroad, and development of processes around intellectual property (IP) and data -- areas Canada chronically fails to protect.

They say they are tired of waiting for the creation of a national data strategy, the rollout of a national IP plan and implementation of recommendations from several economic tables.

"We've kind of got things that are in the pathway and going out but they haven't really been rolled out, so we need to follow through and execute on many of these ideas," said Cory Janssen, the founder and CEO of Alberta-based artificial intelligence company AltaML, who signed the letter.

Leaders like Janssen want action now because the COVID-19 pandemic is causing companies and processes to face financial strains, challenges and opportunities like they've never seen before.

"This is sort where the switch really flips, and where having strategies that are digital first and that approach things like IP and data is super, super critical," said Benjamin Bergen, the executive director of the Council of Canadian Innovators.

His organization helped arrange the letter because the tech community is anxious to help rebuild Canada amid the pandemic and ensure that the tech gains the country has made in recent years don't slip away.

Trudeau's office referred requests for comment on the letter to Minister of Innovation, Science and Industry Navdeep Bains, who said the government has done a lot to "make Canada a world-leading centre for innovation."

Bains highlighted a 2018 IP strategy, a 2017 innovation and skills plan that included funding for the tech sector and support for superclusters, and the government's domestic skills development agenda.

"We will continue to champion ingenuity and embrace change to build a culture of innovation in Canada," he wrote in an email to The Canadian Press.

However, Janssen still believes a prosperity plan is key because policy-makers and corporate Canada have focused on an "outdated" growth model from the 1950s that centres on the country attracting huge multinational corporations and encouraging them to spend capital and create jobs and supply chains in Canada.

"The only way that you create prosperity is you have IP that is developed locally that thus results in the wealth and jobs created that benefit all of our communities here in Canada, and don't just get sucked out to some foreign country," Janssen argues.

The country's innovation efforts, he said, have been "disjointed" at times and lack some of the rallying that countries like Singapore and Israel have done to become tech hubs.

He believes developing any strategy will take a mindset shift, while the tech CEOS behind the letter he signed say "we need a champion in government."

They all agree now is the time to act because COVID-19 has created a sense of flexibility within the business and tech communities, but also from officials and the economy.

Failure to act on this moment puts Canada's tech sector in danger of reversing the progress it has made and regressing, said Bergen.

The signs of trouble are already there, he said.

Canada recently fell two spots to 22nd place behind Slovenia in the 2020 Bloomberg Innovation Index, which measures entrepreneurship within a country and the efforts of government to support ingenuity and technology.

"These are the moments of inflection," said Bergen. "Prosperity is not guaranteed because it's public policy that ultimately determines whether some countries become successful and some don't."