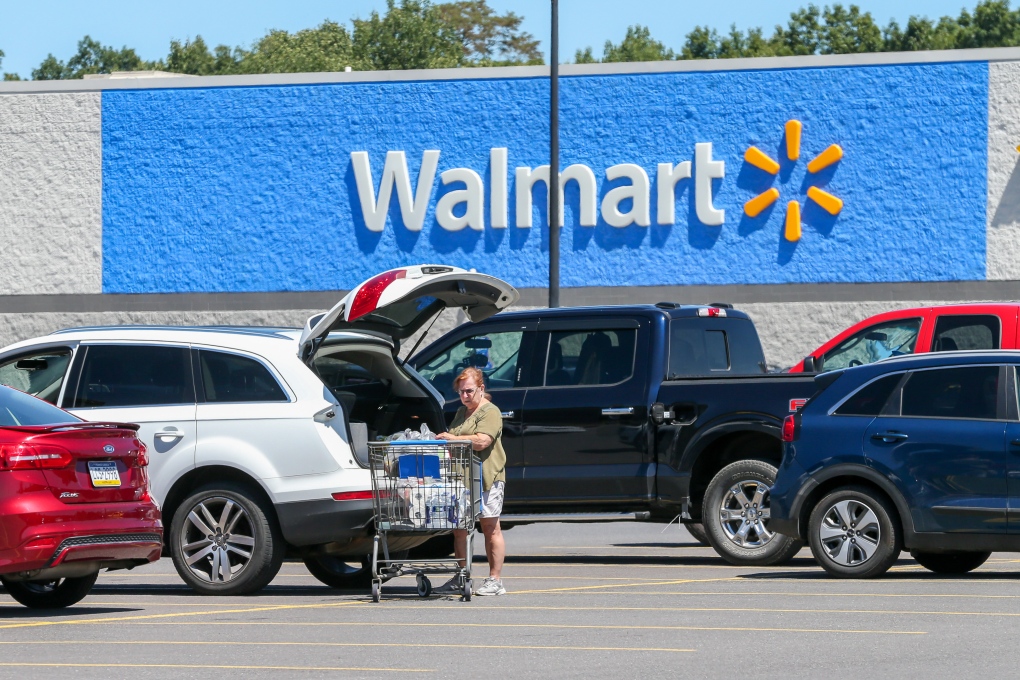 On August 16, Walmart offered a much rosier picture for consumer spending than it had forecast just a month earlier, as the company's steep discounts led customers to shop more. A woman loads groceries into her car at a Walmart in Pennsylvania on August 12. Photo by Paul Weaver/SOPA Images/LightRocket/Getty Images via CNN

Walmart had good news Tuesday for investors and economists worried about a looming recession, as the retail giant gave a much rosier picture of consumer spending than it offered less than a month ago.

On Jul. 25, Walmart warned about its earnings for the rest of the year, saying that high fuel and food prices were prompting consumers to cut back on other spending, forcing the chain to cut prices on some non-essential goods, such as clothing, electronics and home goods. The earnings warning was seen as another sign of growing weakness for the economy overall.

But Tuesday the nation's largest retailer said it got a good customer response from those price cuts last quarter. Although Walmart continues to expect earnings will fall in the second half of the year, it now predicts a smaller drop in profit going forward than it had previously expected. Earnings per share for the year are expected to drop 8% to 10%, excluding divestitures, but that's better than the 10% to 12% drop it forecast on July 25.

Since Walmart is the nation's largest retailer, its results are watched not only as an indication of its own health, but as a measure of the strength of the US economy overall. The results Tuesday were another sign that, despite worrisome indicators of a possible recession in the months ahead, consumer spending remains strong. Walmart noted that it is so far seeing a strong back-to-school shopping season.

That's probably because of continued strong job growth and increasing wages -- and it's good news for the broader economy, because consumer spending makes up nearly three-quarters of the nation's economic activity.

McMillon said the need to cut prices on items other than food had helped clear excess inventory, even if those price cuts and the shift in spending had put pressure on profit.

"We expect inflation to continue to influence the choices that families make, and we're adjusting to that reality so we can help them more," McMillon told analysts on a call with investors. "Regardless of the inflation level and as we work through the places we have too much inventory, we continue to make progress on our strategy."

Walmart is partly positioned to benefit when prices increase, as consumers may be more likely to look for discounts from big box retailers. McMillon said Walmart had more business from middle and higher income shoppers as a result.

Walmart isn't only cutting prices, it's cutting the goods it is purchasing to put on shelves.

Sales at its US stores open at least a year rose 3%, excluding the spending on fuel. Walmart said it expects to see that same rate of growth in the second half of the year. Overall revenue rose 9% when adjusted for changes in currency exchange rates.

Even with the solid results, the ability to forecast where the company's sales, and the US economy overall, is difficult.

"The swings that we've seen in consumer behavior have been difficult to predict and the pace at which they've happened has been sharp," said Rainey.

And one of the things that is helping sales, and the company doing better than it predicted only last month, is the recent decline in gasoline prices, which is leaving customers with more money to spend on other items.

"If you told us that fuel was going to continue to tick down and that food inflation was going to moderate, that influences how we think about general merchandise inventory," said McMillion. "You don't want to go into too much of a defensive mode."

The company reported adjusted earnings per share of US$1.77, down only 1 cent from what it earned on that basis a year earlier. Analysts surveyed by Refinitiv had forecast earnings to fall to US$1.62 a share.

Shares of Walmart gained 6 per cent in early trading on the news.