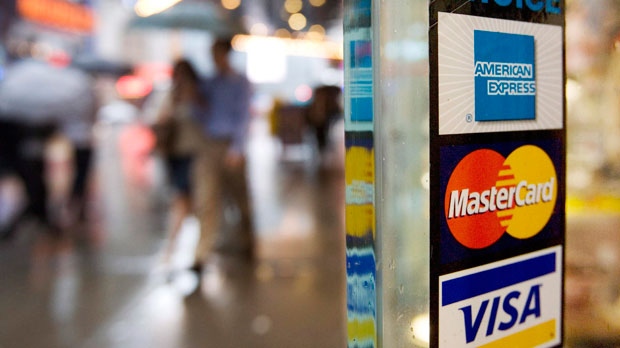 TORONTO -- A nationwide Visa outage appeared to be resolved by Monday night as the credit card company said a network issue at a third-party processor was to blame.

The problem, Visa said, did not lie with the Visa network.

A Visa spokeswoman said a power outage at payment processor Tsys resulted in the failure of some payment transactions.

The company said it provided back up processing assistance where possible until operations returned to normal.

Royal Bank of Canada (TSX:RY) and TD Canada Trust (TSX:TD) were among the big banks who had said their customers were being affected by the outage. Some self-serve transaction systems were also affected.

Both banks confirmed their Visa cards were working again by Monday night, delivering the news through their official Twitter accounts.

Hundreds of credit card users across the country took to Twitter earlier in the day to complain that their cards were being declined when they tried to use them.