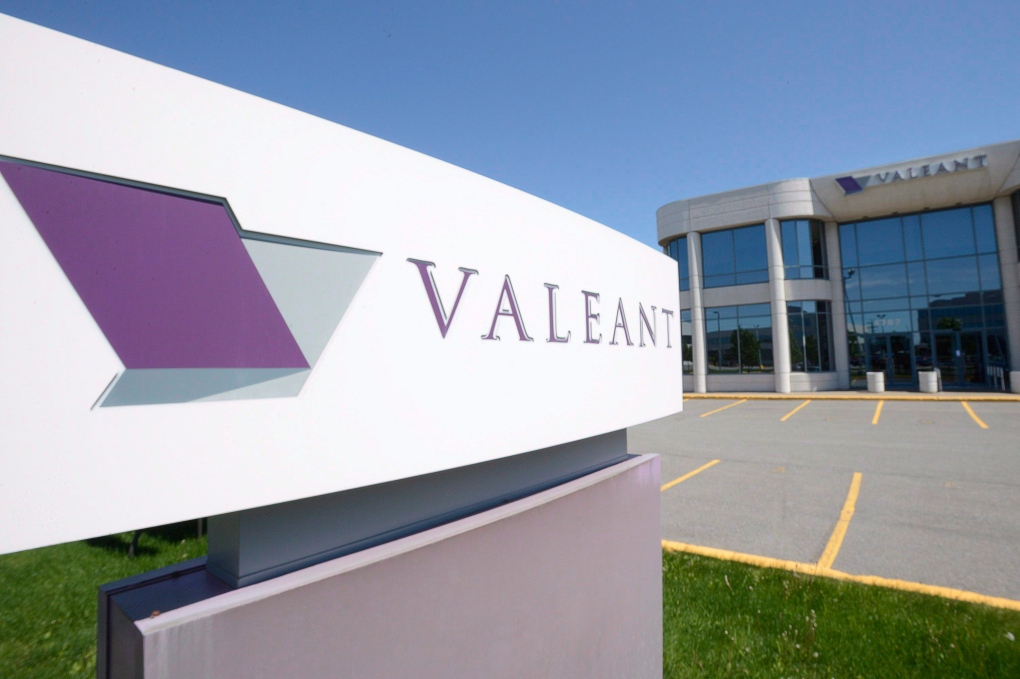 The head office and logo of Valeant Pharmaceuticals are pictured in Montreal on May 27, 2013. (Ryan Remiorz / THE CANADIAN PRESS)

MONTREAL -- Valeant Pharmaceuticals, which has been under the gun over its relationship with specialty pharmacies and price hikes on its heart medications, is facing new legal challenges as U.S. investigators look into the embattled company's growing eye care business.

Valeant disclosed Monday that it is subject to separate investigations launched by the Federal Trade Commission and Justice Department.

The FTC has requested information and documentation related to its "non-public investigation" of Valeant's acquisition of Paragon Vision Sciences in May, the Laval, Que.-based company said in a regulatory filing about its third-quarter results.

Valeant also said the Justice Department has issued it a subpoena as part of a criminal investigation into Bausch & Lomb's payment to medical professionals related to its surgical products Crystalens IOL and Victus femtosecond laser platform. Valeant said it is co-operating with the investigation into possible violations of federal health-care laws.

The Department of Justice's civil division and the U.S. Attorney's Office for the Eastern District of Pennsylvania are also probing possible false claims on Medicaid pricing made by Biovail, Valeant's previous company, the company added in its SEC filing.

Valeant couldn't be immediately reached for comment. But Jan Svochak, the president of the Contact Lens Manufacturers Association in the U.S., said he was interviewed by investigators with the FTC as part of their probe.

Svochak said in an interview Tuesday that Valeant is jacking up manufacturing costs, threatening the survival of small makers of rigid gas permeable contact lenses.

"My raw material prices have effectively doubled," said Svochak, who is also president of Texas-based Tru-Form Optics, a contact lens manufacturer. "It's not good for me, my employees, my customers, my bottom line (and) puts companies like us at risk."

The owner of Quebec's Blanchard Laboratories said price increases will eventually be passed on to consumers.

"We have no choice," Jean Blanchard said in an interview.

Blanchard said contact lens makers still face hefty cost increases even though Valeant backed down plans to double prices after getting negative feedback from thousands of practitioners. He said the company reverted to its original increase, ranging between six and 30 per cent.

However, he said Valeant still plans to remove the middleman, including labs that make costly Ortho-K (orthokeratology) lenses, a growing market Valeant has a near monopoly on to treat severe eye problems.

"They make good products, it's just the approach that was taken," he said of Valeant's aggressive moves on pricing.

Withering scrutiny of Valeant's pricing strategy and its use of specialty pharmaceutical companies has resulted in a deep drop in its share price.