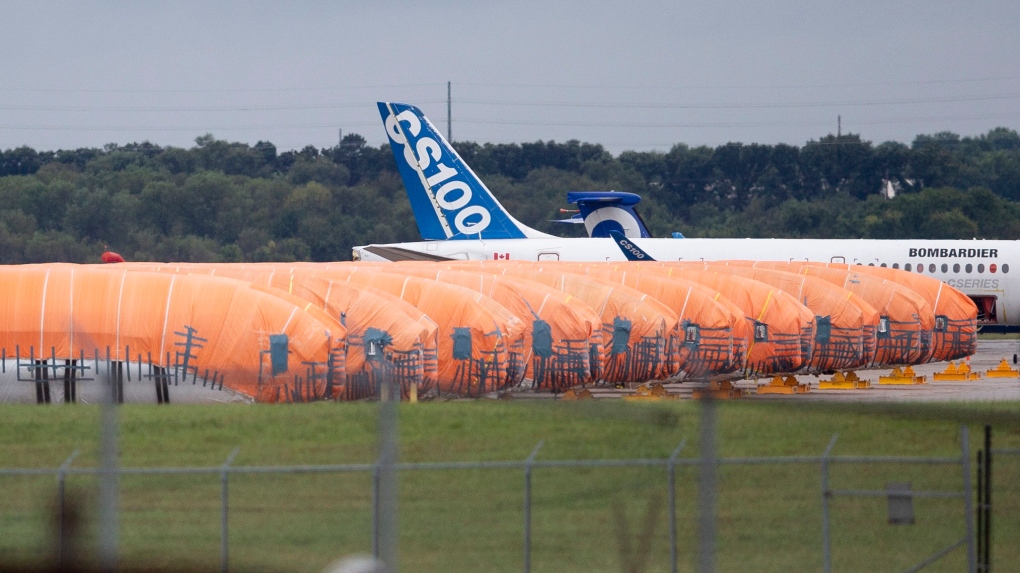 In this Oct. 3, 2019, file photo completed Boeing 737 MAX fuselages, made at Spirit Aerosystems in Wichita, Kan., sit covered in tarps near the factory. (Travis Heying/The Wichita Eagle via AP, File)

NEW YORK -- United Airlines says the Boeing 737 Max has been pulled from its flight schedule until June, the latest in a string of troubling news plaguing the airplane manufacturer.

The developments follow Boeing's announcement Monday that it would halt Max production in January. It did not say when production would resume.

Also on Friday, Spirit AeroSystems, which builds fuselages for Boeing, said it will end deliveries intended for the Max as damage from the troubled plane begins to ripple outward to suppliers. Adding to the woes, Boeing's new Starliner capsule went off course Friday during its first test flight. It was supposed to go to the International Space Station, but will not land there as planned.

Airlines have already been dealing with the ripple effects of the Max, which was grounded worldwide after the second of two crashes of its jet. They have delaying putting the Max into their flight schedules, which has led to fewer available seats and higher prices. The grounding also has stopped airlines from adding routes and expanding, analysts say.

United said Friday that the airline expects to cancel thousands of flights in coming months as a result of the grounding. The company had previously planned to return the plane to its flight schedule in March. United currently has 14 Max-9 aircraft, but it was supposed to have 30 by this time.

United expects to cancel about 75 flights per day this month and 56 flights per day in January. The airline said it has been swapping aircraft and using spare planes to try to minimize disruptions.

Southwest Airlines, which was counting on the Max to update its fleet, has said it will add the plane back into its schedule in April. American Airlines did the same last week.

Spirit AeroSystems, based in Witchita, Kansas, said Friday that Boeing asked that deliveries be wound down by the end of the year. Revenue from 737 Max components account for more than half of Spirit's total annual revenue. The company employs 13,500 people, and is the largest job provider in Kansas' biggest city.

This week, Kansas Gov. Laura Kelly said that the state may have to help pay workers at a company if the planes don't return to the sky soon. Shares of Spirit AeroSystems Holdings Inc. slid 2% Friday.