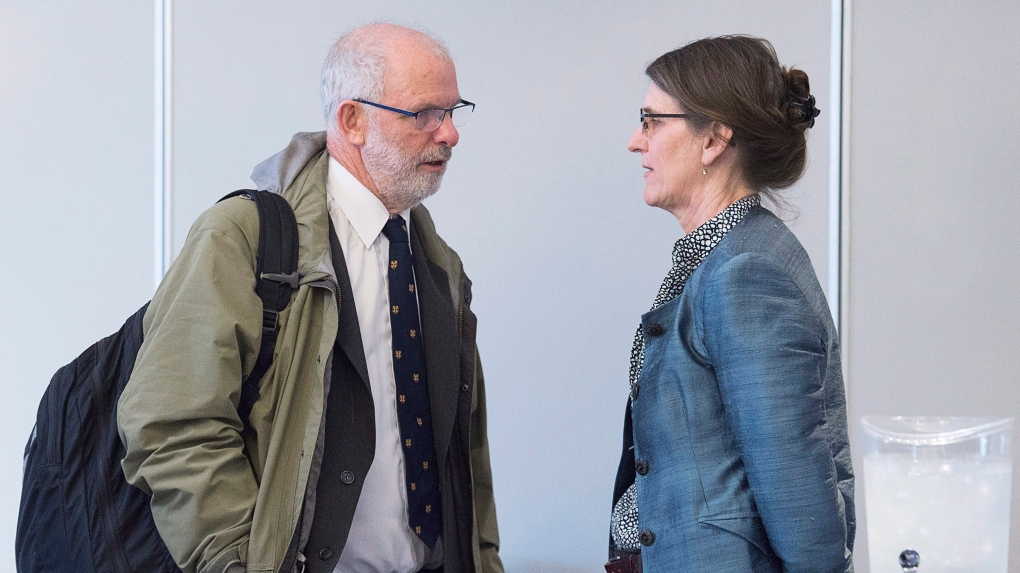 Lawyer Vince Calderhead, left, talks with Claire McNeil, counsel for the Disability Rights Coalition, at a Nova Scotia human rights board of inquiry dealing with persons with disabilities and their attempts to move out of institutions and into small homes, in Halifax on Monday, Feb. 5, 2018. (THE CANADIAN PRESS/Andrew Vaughan)

HALIFAX -- Arguments will continue today in a unique human rights inquiry looking at whether two people with disabilities have the right to live in supported housing, rather than being kept in institutions with restrictions.

The Nova Scotia government says it's not necessarily a human rights violation for the province to refuse to fund supported housing in the community for people with disabilities.

The province and complainants made opening arguments last week in the potentially ground-breaking human rights case.

Forty-five-year-old Joseph Delaney and 46-year-old Beth MacLean say they should be permitted to move from the hospital-like settings into small homes where assistance is provided in areas such as meals and personal care.

A third complainant, Sheila Livingstone, died as the case wound its way through various delays, but her story will be told by family members and the complainants' lawyer.

Justice Department lawyer Kevin Kindred told the inquiry he'll argue that individual cases and the reasons for refusing transfers into community settings may be complex and are not necessarily acts of discrimination.