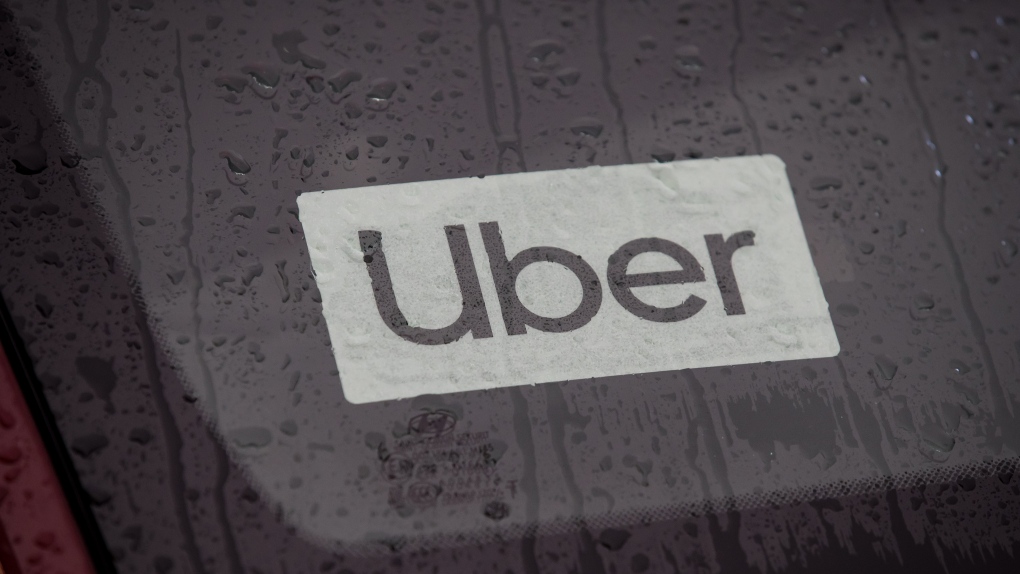 An Uber driver's vehicle is seen after the company launched service, in Vancouver, Friday, Jan. 24, 2020. THE CANADIAN PRESS/Darryl Dyck
TORONTO -

Uber Technologies Inc. has fought off a unionization attempt from Toronto drivers for its premium Uber Black service with a settlement it signed with the private sector union trying to represent the workers.

The United Food and Commercial Workers Union Canada on Friday confirmed the settlement, which it said had been in the works since January, five years after the union started pursuing a case against the ride-hailing giant.

Debora De Angelis, the union's regional director of Ontario, said the settlement includes commitments that will see both parties explore new rates for commercial insurance, which tend to be high for gig workers, spend more on marketing airport rides that have dropped during the pandemic and increasingly involve drivers in product development.

Both sides will also team up to advocate with the Greater Toronto Airport Authority and municipal governments on shared interests impacting the hundreds of Uber Black drivers, who ferry customers around in premium cars, often making trips to and from Toronto Pearson International Airport and downtown Toronto.

Uber spokesperson Laura Miller confirmed the settlement in an email, saying it was “made possible” because of an agreement the company signed with the UFCW in January that will see the union provide dispute resolution to Canadian drivers, but the deal does not unionize workers.

The two sides reached a resolution in the case because they realized they could agree on several issues and help each other, meaning the Ontario Labour Relations Board will no longer be making a ruling in the case, De Angelis added.

The union took the settlement, she said, “because ultimately, what was that decision going to be? We don't know.”

“We heard what the drivers were saying and we were able to actually make sure that they have a voice.”

The union had been pursuing the case since 2018, when an Uber Black service driver was seeking representation after his account on the Uber app had been deactivated over a trip cancellation issue.

De Angelis recalls that the driver had a vehicle leased for $1,330 per month and once the app was deactivated, he lost his ability to earn a living and felt “helpless.”

The union and the driver eventually filed unionization papers on behalf of 300 Uber Black workers, but in labour board hearings in 2020 Uber argued union had not met the threshold of 40 per cent of the Uber Black driver population needed to become the drivers' bargaining agents.

The settlement will put an end to one of several cases Canadians working for Uber have pursued in recent years in hopes of unionizing, being designated as employees and earning rights like vacations, sick pay and better wages.

Uber has fought such asks in several countries, arguing the flexibility it offers workers to choose when, how often and where they work should not require it to give workers increased benefits, allow them to unionize or dole out more benefits.

In recent months, the company has lobbied provinces and territories to force Uber and other app-based companies to create a self-directed benefit fund to disperse to workers for prescriptions, dental and vision care, RRSPs or tuition.

This report by The Canadian Press was first published May 6, 2022.