U.S. to get a little more fish in catch pact with Canada 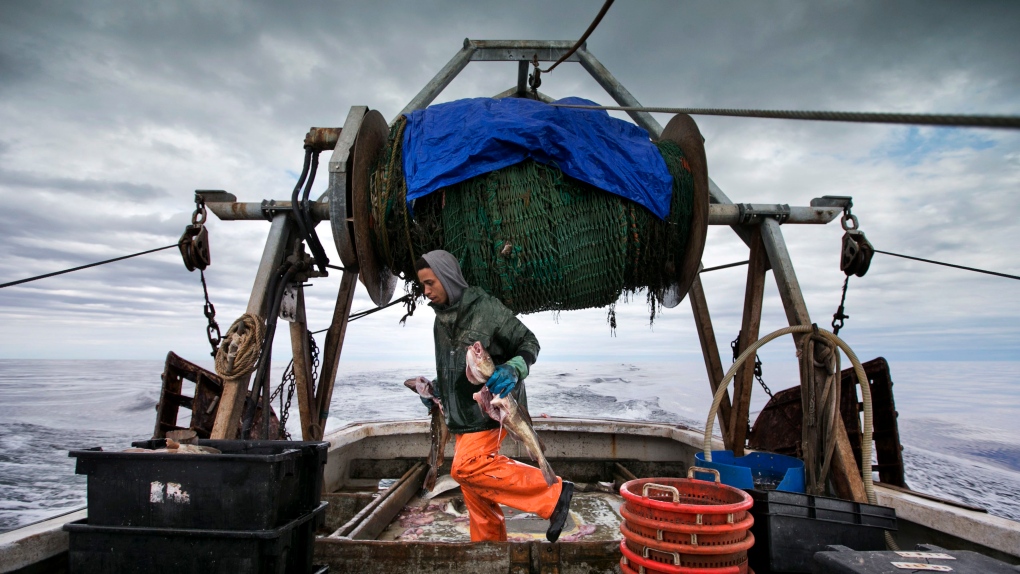 In this April 23, 2016 file photo, Elijah Voge-Meyers carries cod caught in the nets of a trawler off the coast of New Hampshire. (Robert F. Bukaty/AP)

LUBEC, Maine -- American fishermen are expected to get a little more fishing quota under terms of an agreement with Canada.

The countries are home to fisheries for economically important species that cross international boundaries, such as cod and haddock. They reach agreement every year about how to divide catch on eastern Georges Bank, a critical fishing area off New England and Canada.

The figures are subject to federal approval. They represent a 2.6 million pound bump for haddock and about the same figure for cod compared to 2019.