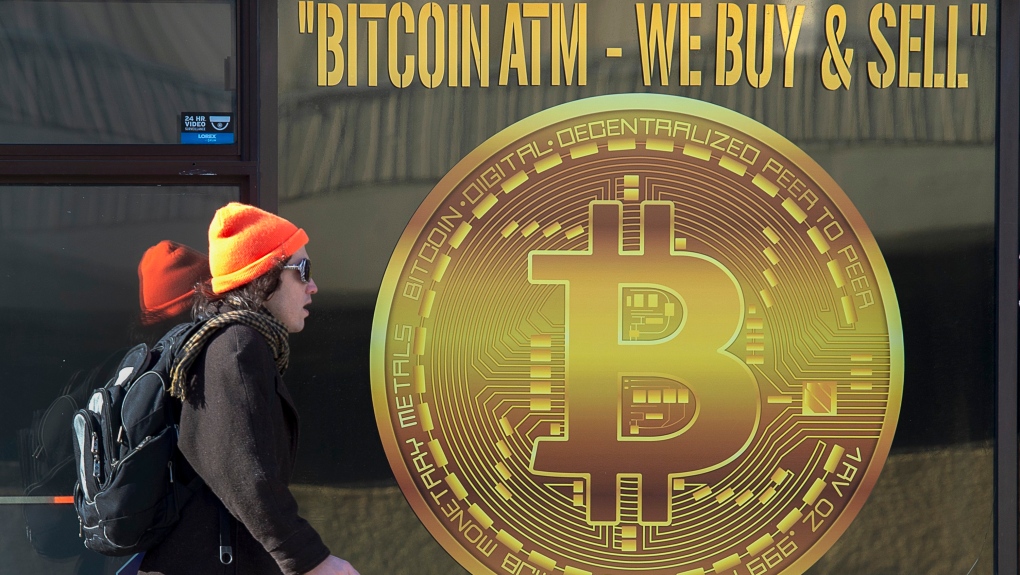 A sign advertises a Bitcoin automated teller machine at a shop in Halifax on Feb. 4, 2020. (Andrew Vaughan / THE CANADIAN PRESS)
WASHINGTON -

Top executives from six cryptocurrency firms told Congress on Wednesday to tread lightly in imposing new rules on digital assets - or risk sending activity underground or outside the United States.

At the hearing at the U.S. House Financial Services Committee, executives leading some of the world's biggest crypto companies indicated in prepared testimony they generally support clearer rules. But they emphasized that overly restrictive ones would not stifle the activity, but merely push it away from U.S. reach.

"This could effectively push crypto activity underground or to offshore exchanges that have little or no compliance programs."

The testimony, published by the panel ahead of the hearing, sets the stage for a closely watched and high-stakes event, as U.S. lawmakers publicly press cryptocurrency executives to defend their business and flesh out ideas for policing them.

Representative Maxine Waters, the Democrat who chairs the panel, said there are "several questions" about the need for new rules for crypto, and also highlighted concerns about significant energy usage to mine and trade cryptocurrency.

"Cryptocurrency markets have no overarching or centralized regulatory framework, leading investments in the digital assets space vulnerable to fraud, manipulation and abuse," she said.

However it was clear early in the hearing lawmakers were not universal in skepticism toward the markets. To the contrary, Representative Patrick McHenry, the top Republican on the panel, urged lawmakers to seek ways to boost cryptocurrency with sufficient safeguards.

"We should embrace it, we should understand it, and we should be international leaders in this space," he said.

The rapid growth of cryptocurrency, and in particular "stablecoins," which are digital assets whose value is pegged to traditional currencies, has caught the attention of regulators, who fear they could put the financial system at risk if not properly monitored.

Some policymakers, such as Senator Elizabeth Warren and Securities and Exchange Commission Chairman Gary Gensler, are also concerned the products could be utilized for illicit purposes, or to take advantage of unsuspecting consumers.

In November, a U.S. Treasury-led working group recommended Congress pass a law specifying stablecoins should only be issued by firms that have their deposits insured, like banks. Wednesday's hearing could serve as a good indication for how likely Congress is to take up any such digital currency legislation, according to analysts.

Executives said they would welcome regulatory clarity, but that overly restrictive rules could prove counterproductive.

"Stablecoins and internet-native capital markets are not too big to fail, but they are now too big to ignore," said Jeremy Allaire, CEO of Circle Internet Financial. "Policy frameworks need to support an open and competitive playing field, and allow new technologies to flourish."

Proponents say stablecoins could revolutionize payments by offering a reliable, low-cost, instant way to transfer funds across the globe. The executives say the United States should play a leading role in fostering that technology, just as U.S. rules allowed the Internet to flourish in its early growth in the 1990s.

"Let's work together to ensure that U.S. policymakers are the ones that set the stage for a productive, smart, regulatory roadmap for this technology around the world," said Denelle Dixon, head of the Stellar Development Foundation, in her prepared testimony.

"I hope that we can all agree that crypto and stablecoin shouldn’t be buzzwords, thrown around to incite fear of the unknown."