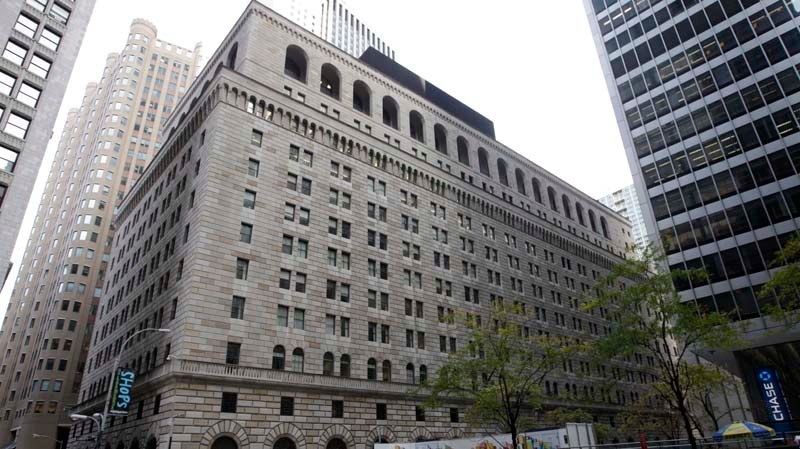 WASHINGTON -- A lot can change in six weeks.

When the Federal Reserve last met in mid-September, almost everyone expected it to start reducing the stimulus it's given the U.S. economy to help it rebound from the Great Recession.

It didn't. The Fed pulled a surprise by deciding not to slow its $85 billion-a-month in Treasury and mortgage bond purchases. Its bond buying has been intended to keep long-term loan rates low to support the economy.

And now? After a 16-day partial government shutdown and a batch of tepid economic data, no one thinks the Fed will reduce its stimulus when it meets Tuesday and Wednesday. Many analysts now predict the Fed will maintain the pace of its bond purchases into next year.

"I think March is now the earliest that any reduction in bond purchases will happen," said Diane Swonk, chief economist at Mesirow Financial.

By then, Fed members expect to have seen several months of stronger job growth. They also expect Congress to have resolved its budget impasse.

If the Fed does start slowing its stimulus in March, it will have left its policy unchanged not just this week but also at its next meeting in December and at its subsequent meeting in late January. The delay would signal a dimmer economic outlook.

The January meeting will be the last for Chairman Ben Bernanke, who is stepping down after eight years. President Barack Obama has chosen Vice Chair Janet Yellen to succeed Bernanke.

Assuming that Yellen is confirmed by the Senate, her first meeting as chairman will be in March. Many economists think no major policy changes will occur before a new chairman takes over.

Congress' budget fight has clouded the Fed's timetable. Though the government reopened Oct. 17 and a threatened default on its debt was averted, Congress adopted only temporary fixes. More deadlines and possible economic disruptions lie ahead.

A House-Senate conference committee is working toward a budget accord. But wide differences separate Democrats and Republicans on spending and taxes. Without a deal by Jan. 15, another shutdown is possible. Congress must also raise the government's debt ceiling after Feb. 7. If not, a market-rattling default will remain a threat.

The standoff has led economists to trim their forecasts for economic growth in the October-December quarter. U.S. employers added just 148,000 jobs in September, a steep slowdown from August. And temporary layoffs during the shutdown are expected to depress October's job gain.

The shutdown also postponed the release of many of the government's economic reports. The delay has made it harder for Fed officials to assess the economy.

Given the uncertainties, analysts think the Fed will be cautious about paring its economic support. In June, when Bernanke suggested that the Fed could reduce its bond buying by year's end, the Dow Jones industrial average plunged 560 points in two days. Many investors feared that the Fed might remove its support prematurely and derail an already subpar recovery from the recession.

Interest rates rose, too. The increase particularly in mortgage rates, before the Fed had even begun to change policy, alarmed the central bank. Higher mortgage rates could dampen the gains in housing, which has been a rare bright spot for the economy.

In explaining its decision to maintain the pace of its purchases, the Fed expressed concern in September that higher rates, if sustained, could slow any improvement in the job market and the economy.

Given the panic among investors when Bernanke raised the prospect that the Fed would slow its bond purchases, analysts think any pullback will be very gradual. That's especially true if a pullback starts in March or later, when Yellen would be chairman and considering her first major policy move.

"The one thing Janet Yellen will not want to do is start her term by making a mistake," said Brian Bethune, an economics professor at Westmont College in Santa Barbara, Calif. "She will be extremely cautious and will try to signal that the Fed is starting to back off its bond purchases without causing the kinds of effects we saw in the summer."

This week's meeting is the first since Obama announced Oct. 9 his choice of Yellen to be chairman. David Jones, chief economist at DMJ Advisors and the author of several books on the Fed, said her status could change the dynamics this week.

"Bernanke is essentially a lame duck, and Yellen has not yet taken over," Jones said. "It will make the Fed more cautious."

Sen. Rand Paul, R-Ky., has said he will oppose Yellen's nomination unless the Senate votes on a bill he's sponsoring to subject the Fed's rate decisions to review by the Government Accountability Office. Yellen is expected to win Senate confirmation. But Paul's efforts could slow the process.

Once the Fed starts trimming its bond purchases, economists foresee reductions of $10 billion to $20 billion a month as long as the economy improves consistently. Some analysts think the Fed could finish its purchases by the end of 2014.

"But if something goes wrong, then they will stop or at least slow down the reductions," said David Wyss, a former chief economist at Standard & Poor's and now an economics professor at Brown University.