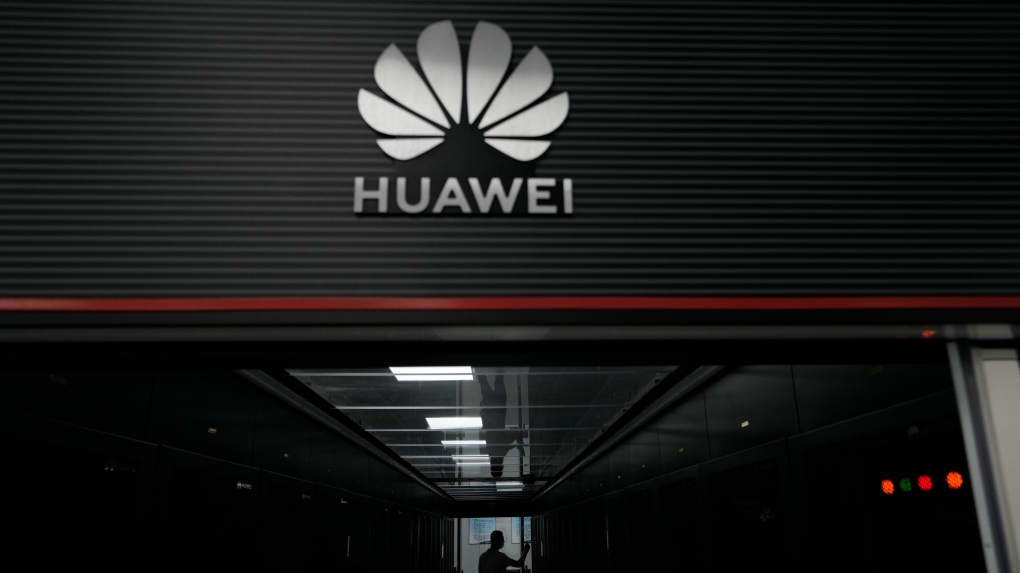 A technician stands at the entrance to a Huawei 5G data server centre at the Guangdong Second Provincial General Hospital in Guangzhou, in southern China's Guangdong province on Sept. 26, 2021. The U.S. is banning the sale of communications equipment made by Chinese companies Huawei and ZTE and restricting the use of some China-made video surveillance systems, citing an unacceptable risk to national security. (AP Photo/Ng Han Guan)
WASHINGTON -

The U.S. is banning the sale of communications equipment made by Chinese companies Huawei and ZTE and restricting the use of some China-made video surveillance systems, citing an "unacceptable risk" to national security.

The five-member Federal Communications Commission said Friday it has voted unanimously to adopt new rules that will block the importation or sale of certain technology products that pose security risks to U.S. critical infrastructure. It's the latest in a yearslong escalation of U.S. restrictions of Chinese technology that began with President Donald Trump and has continued under President Joe Biden's administration.

"The FCC is committed to protecting our national security by ensuring that untrustworthy communications equipment is not authorized for use within our borders, and we are continuing that work here," said FCC Chairwoman Jessica Rosenworcel, a Democrat, in a prepared statement.

Huawei declined comment Friday. Along with Huawei and ZTE, the order affects products made by companies such as Hikvision and Dahua, makers of widely used video surveillance cameras.

The FCC's order applies to future authorizations of equipment, though the agency leaves open the possibility it could revoke previous authorizations.

"Our unanimous decision represents the first time in FCC history that we have voted to prohibit the authorization of new equipment based on national security concerns," tweeted Brendan Carr, a Republican FCC commissioner.

Carr added that as "a result of our order, no new Huawei or ZTE equipment can be approved. And no new Dahua, Hikvision, or Hytera gear can be approved unless they assure the FCC that their gear won't be used for public safety, security of government facilities, & other national security purposes."

Hikvision said in a statement that its video products "present no security threat" to the U.S. but the FCC's decision "will do a great deal to make it more harmful and more expensive for U.S. small businesses, local authorities, school districts, and individual consumers to protect themselves, their homes, businesses and property."