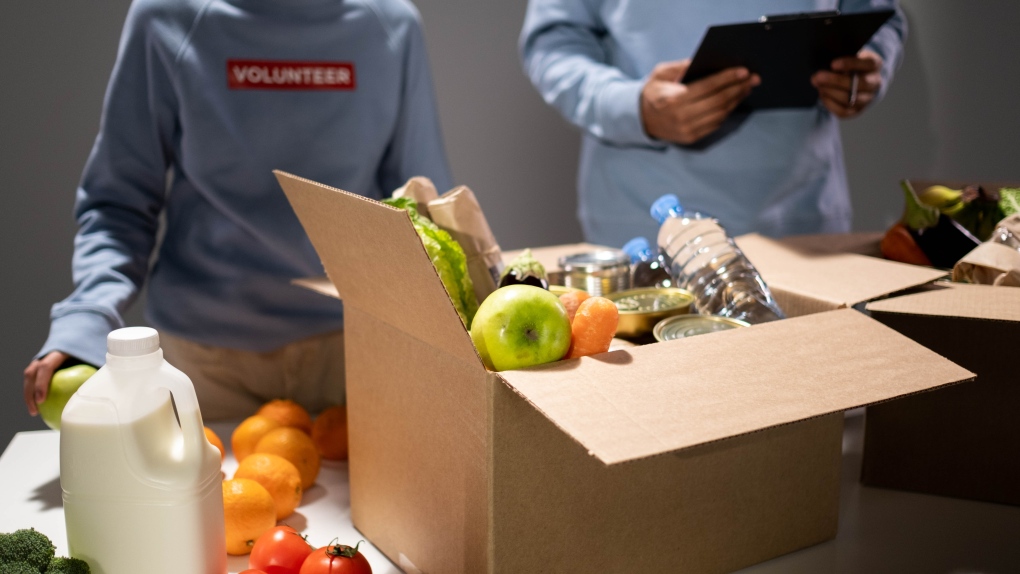 Charitable giving in the United States reached a record $485 billion in 2021, though the increase did not keep pace with inflation, according to a report Tuesday offering a comprehensive look at American philanthropy. (Photo by cottonbro via Pexels)

Charitable giving in the United States reached a record US$485 billion in 2021, though the increase did not keep pace with inflation, according to a report Tuesday offering a comprehensive look at American philanthropy.

The Giving USA report says donations in 2021 were 4% higher than the record-setting $466 billion contributed in 2020. But they were down 0.7% when adjusted for inflation.

Many nonprofits are now feeling the strain because giving is not growing as fast as price increases, said Laura MacDonald, chair of the Giving USA Foundation. In response to the intense needs of the early COVID-19 pandemic, as well as the calls for racial justice, giving increased in unusual ways in 2020, but has generally returned to previous patterns.

"In 2021, many donors returned to their favoured causes, with many of the sectors that struggled in 2020 making a recovery in 2021," MacDonald said in a statement.

The proportion of giving by individuals totalled less than 70% of overall giving for the fourth year in a row in 2021 and the report found that giving from individuals was essentially flat in 2021 when accounting for inflation, up 4.9% to $327 billion. That's still not near the peak of 2017 when individuals donated about $335 billion when adjusted for inflation. Experts say those totals contradict proponents of the Tax Cuts and Job Acts, which passed in 2017, who claimed the legislation would increase giving.

"Everyday households are not participating in charitable giving to the extent that they did a decade or two ago," MacDonald said in an interview. "And that's concerning. That's troubling."

She noted some large donors have transitioned to giving through donor-advised funds, a type of charitable investment account, or family foundations and those donations would be counted in other categories.

Giving to arts and culture groups, which suffered during the pandemic, climbed 27.5% in 2021 to more than $23.5 billion. Conversely, giving to education declined 2.8% to $71 billion. It had spiked in 2020 in part because of donations related to vaccines which went to university affiliated hospitals and research.

"The environment for giving is evolving in multiple ways," said Amir Pasic,dean of Indiana University's Lilly Family School of Philanthropy, which researched and wrote the report published by the Giving USA Foundation. "Robust economic growth translated to strong performance by institutional forms of philanthropy such as foundations and corporations."

Corporate giving also raised questions. Though it increased 23.8% to $21 billion in 2021, that was during a banner year for corporate profits, which were up 37% before taxes. The report says corporate giving still represents less than 1% of corporate pre-tax profits.

However, the report finds that donations are generally strong. Giving grew or stayed flat in eight of the nine major philanthropic sectors, with only education declining.

"The growth that we see for the majority of the subsectors in 2021 is a reminder of the resilience and innovation that help to drive the philanthropic sector," said Una Osili, associate dean for research and international programs at the Lilly Family School of Philanthropy.

Giving to what the report categorizes as public benefit organizations, including civil rights and voting groups as well as donor advised funds, jumped 23.5% in 2021 from the previous year.

"Many of those organizations like the civil rights groups gained a lot of visibility and momentum during 2020 following the killing of George Floyd, and many of the new events that happened in 2021, like the Stop Asian Hate Movement, those also garnered a lot of support," Osili said.

The report draws on multiple data sets, including tax information, but does not capture person to person giving through crowdfunding campaigns or mutual aid groups, though it does reflect crowdsourced gifts to nonprofits. Previous research by the Lilly Family School found that person to person giving is not yet replacing donations to charitable organizations, Osili said, but rather is in addition to those gifts.

This story has been corrected to show that the report reflects giving from crowdfunding campaigns that go to nonprofit organizations but not those that go to individuals. In the fifth graf, it also corrects the amount of donations in 2017 to US$335 billion.