U.K. to allow Huawei in 5G networks but not in 'core' parts 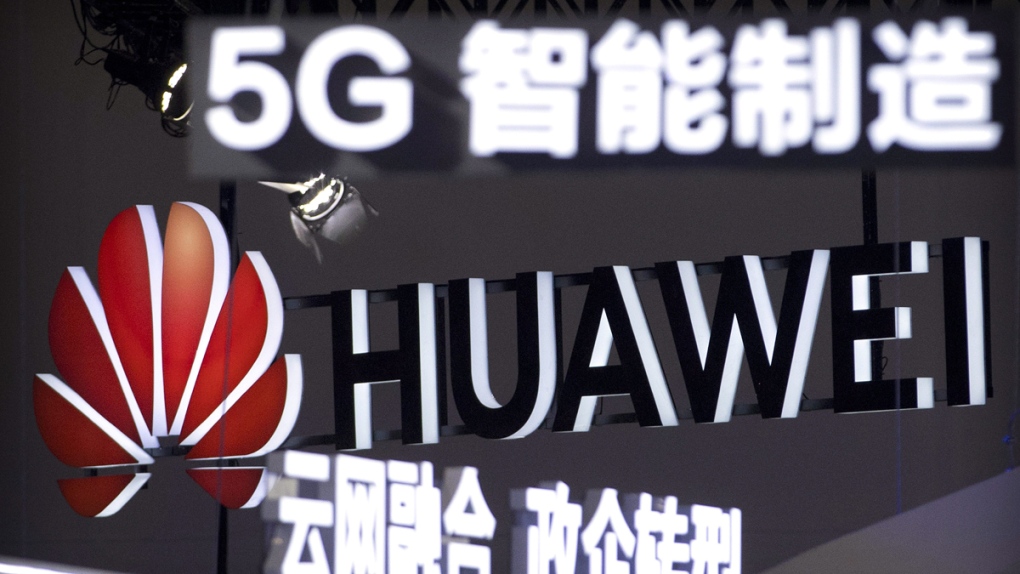 The U.K. government said it is excluding "high risk" companies from supplying the sensitive "core" parts of the new fifth-generation, or 5G, networks. But it will allow high risk suppliers to provide up to 35 per cent of the less risky radio access network, which includes radio antenna on cellphone towers.

The announcement did not mention any companies by name but said "high risk vendors are those who pose greater security and resilience risks to U.K. telecoms networks" -- a clear reference to Huawei.

The British government's decision to keep Huawei out of its core 5G wireless network is similar to the approach that Canada has taken with its 4G and 3G networks.

Canada has yet to make its decision on whether Huawei should be allowed to supply 5G equipment but, like Britain, has been under pressure from the United States to ban the Chinese company as a threat to U.S. national security.

The 5G technology is expected to drive the next wave of innovation, transmitting massive amounts of data from more objects and locations. It would, for example, help make possible self-driving cars or allow telemedicine, in which doctors control robots in remote surgery on patients miles away.

Huawei is a top global supplier of mobile networks, with its gear often considered cost-effective and high-quality. However, it has competition from Ericsson, Nokia and a new competitor in 5G -- Samsung.

Britain's decision is the first by a major U.S. ally in Europe, and follows intense lobbying from the Trump administration and China as the two vie for technological dominance.

The United States claims that China's communist leaders could, under a 2017 national intelligence law, compel Huawei to carry out cyberespionage. Huawei denies that would be possible.

The 5G infrastructure program is seen as being critical to Britain's economic future as the country leaves the European Union. But the decision is fraught, as the United States objects to allowing Huawei to provide vital infrastructure and has threatened to cut off intelligence sharing with allies that do use Huawei.

The British government said Tuesday after a meeting of its National Security Council that it is taking some steps that will allow it "to mitigate the potential risk posed by the supply chain and to combat the range of threats, whether cyber criminals, or state sponsored attacks."

"We would never take decisions that threaten our national security or the security of our Five Eyes partners," Foreign Secretary Dominic Raab said, referring a security arrangement in which Britain, the United States, Australia, Canada and New Zealand, share intelligence.

"We know more about Huawei and the risks that it poses than any other country in the world."

The decision is awkward for the government of British Prime Minister Boris Johnson, as he risks the fury of one of Britain's closest allies at just the moment it really needs Trump's administration to quickly strike a trade deal after Brexit. Britain is also loathe to insult China, which it likewise needs for future trade deals.

A senior Trump administration official said the U.S. is disappointed by the decision, adding that the U.S. government would work with the U.K. on a "way forward" that leads to the exclusion of "untrusted vendor components" from 5G networks. The official was not authorized to comment on the sensitive diplomacy between longstanding allies and spoke on condition of anonymity.

U.S. Secretary of State Mike Pompeo is due to visit London on Wednesday to meet with Johnson and Raab to reaffirm the transatlantic relationship.

Huawei said it was "reassured" by the British government's decision.

"This evidence-based decision will result in a more advanced, more secure and more cost-effective telecoms infrastructure that is fit for the future," Vice-President Victor Zhang said. "It gives the U.K. access to world-leading technology and ensures a competitive market."

The measures also include keeping Huawei out of all "safety related and safety critical networks" and banning it from sensitive places such as nuclear sites and military bases.