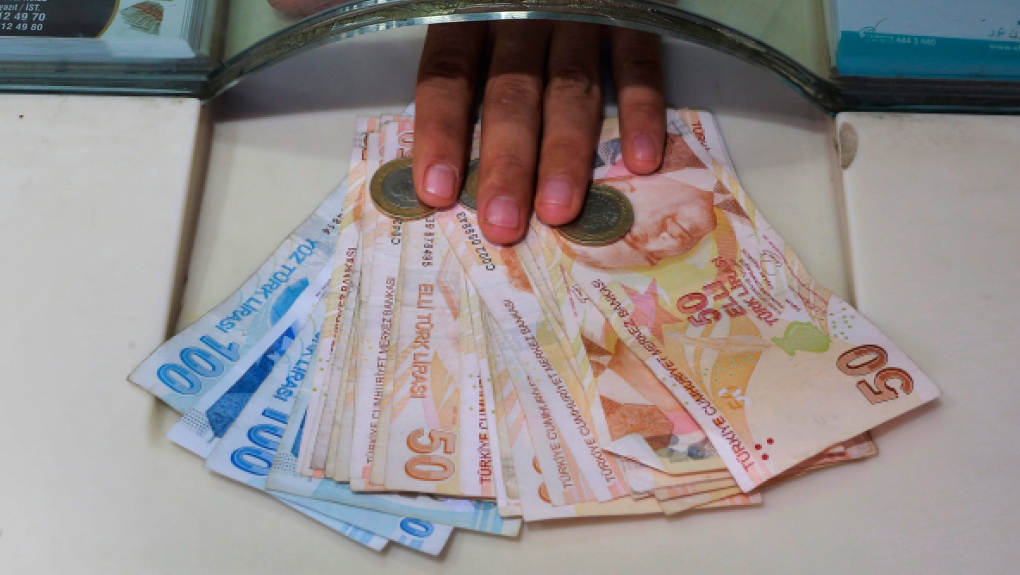 LONDON -- Turkey's currency dropped to an all-time low against the dollar on Thursday as the global recession created by the pandemic brings to the fore weaknesses in the country's economy.

The Turkish lira fell to 7.307 against the U.S. dollar, past the previous low of 7.26 in May and is down about 19% versus the U.S. currency since the beginning of the year.

Turkey's central bank said it was closely monitoring developments. "The Central Bank will use all available instruments to reduce the excessive volatility in the markets in line with the price stability and financial stability objectives," its statement said.

The drop is in part fueled by high inflation, a wide current account deficit and the government's push for cheap credit to drive the economy that was already fragile before the COVID-19 pandemic.

Turkey had been hoping for an influx of foreign currency through exports and especially through tourism but numbers are still low amid the coronavirus pandemic. The central bank said the effects of the pandemic on the Turkish economy had been limited so far, saying "recent data suggest that economic recovery has gained pace."

Unorthodox policies including Turkish President Recep Tayyip Erdogan's aversion to high interest rates, coupled with concern over the level of Turkey's reserves, are thought to have pushed foreign capital out.

Analysts also noted rising tensions with the European Union as a risk. Turkey faces the threat of EU sanctions over its plans to drill for natural resources in the Eastern Mediterranean and the reconversion of the Hagia Sophia last month has further strained relations.

"If tensions with the EU continue to escalate, sharper falls lie in store," Jason Tuvey from Capital Economics said in a client note.

The country endured a currency crisis in August 2018, when the lira fell to 7.24 per dollar, at a time of political tensions with the United States.