TSX, loonie kick off week in the red as commodities weaken 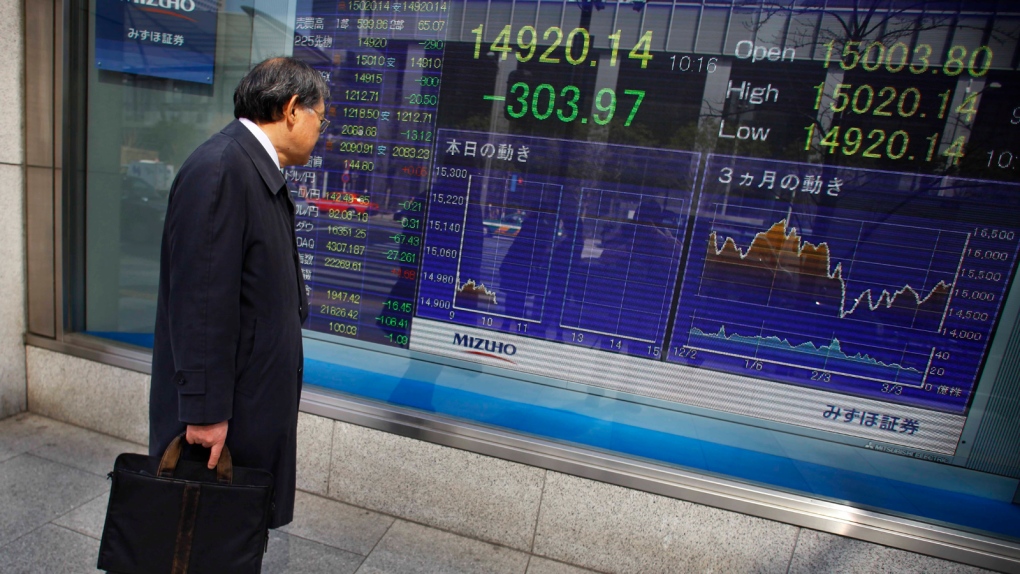 A man stops and looks at Japan's Nikkei stock update on an electric board at a securities firm in Tokyo, Wednesday, March 12, 2014. (AP / Junji Kurokawa)

TORONTO -- Volatility in oil and metal prices continued to put pressure on the Toronto stock market and the Canadian dollar, with both finishing in the red to start the trading week.

The June contract for North American benchmark crude oil fell $1.22 to US$43.44 a barrel amid growing signs of an economic slowdown in China and news that Saudi Arabia had replaced its longtime oil minister.

The decline in commodities also weakened the Canadian dollar, as the currency fell 0.27 of a U.S. cent to 77.14 cents US.