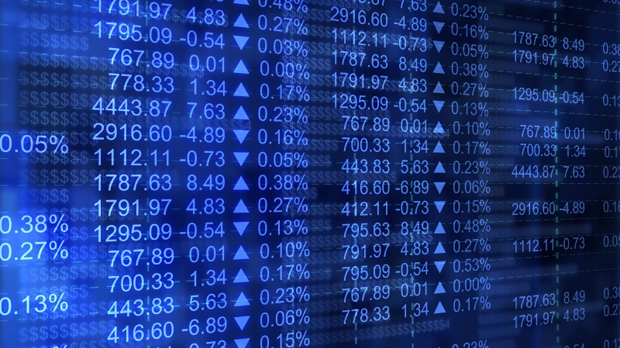 TORONTO -- Canada's main stock index closed down Friday along with U.S. markets as most sectors slipped amid concerns that Turkey's economic crisis could hit global markets.

Turkey's currency plunged after the U.S. said it would impose further tariffs on the country as part of a political dispute. The instability in the lira, which is now down about 41 per cent this year, has increased concerns over Turkey's high debt levels and President Recep Tayyip Erdogan's moves to consolidate power.

"It's hard to dismiss any risk these days given valuations. So any large potentially material negative news flow should be expected to scare investors."

European banks fell especially sharply on their higher exposure to the Turkish economy, as the banks are already struggling with profitability and low capital levels, said Blais.

"They're still not on a sound footing to absorb any large disruption or dislocation."

"At the end of the day there's a lot of debt in the world and things are improving, but if there was a disruption or a slowdown a lot of that debt could become a problem...investors are just playing it safe."

The Toronto Stock Exchange's S&P/TSX composite index closed down 90.47 points at 16,326.51 as sectors outside of information technology and energy dropped.

The S&P/TSX capped consumer staples index, which has already been under pressure this week as some companies missed earnings and revised guidances, fell the most Friday with a 1.44 per cent drop.

The information technology index saw the biggest gains at 0.38 per cent, while energy managed a slight gain as the September crude contract closed up 82 cents at US$67.63 per barrel.

The Canadian dollar averaged 76.26 cents US, down 0.43 of a US cent despite fairly positive jobs numbers as investors globally fled to the U.S. dollar.

"I think it's just U.S. strength, and I think it's a consequence of Turkish newsflow," said Blais.

The numbers, however, showed the country added 82,000 less desirable part-time positions and lost 28,000 full-time jobs. The public sector also made the biggest contribution to the July increase with 49,600 jobs while the private sector added 5,200 positions.

"The quality might not have been great, meaning a lot of part-time hires, but it still seemed stronger than many of us were expecting. So that was a little bit comforting," said Blais.