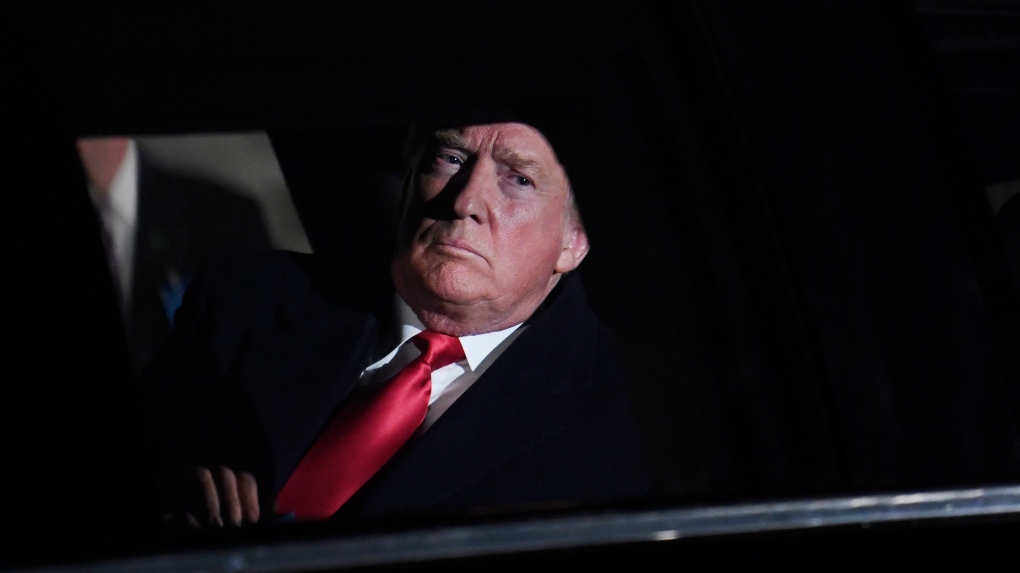 U.S. President Donald Trump sits in his car at the White House in Washington as he heads to Capitol Hill to deliver his State of the Union address, Tuesday, Feb. 5, 2019. (AP Photo/Susan Walsh)

WASHINGTON -- U.S. President Donald Trump says he "will make a decision very soon" about whether to impose tariffs on imported cars and auto parts.

It was unclear whether he would meet a Wednesday deadline to decide.

In May, Trump declared that auto imports posed a threat to U.S. national security that could justify tariffs or other sanctions. But he put off a decision for six months, pending trade talks with the European Union.

Targeting autos would mark a major escalation in Trump's aggressive trade policies. The United States last year imported $192 billion worth of cars and light trucks and $159 billion worth of auto parts.

In September, Japanese Prime Minister Shinzo Abe said Trump had assured him that an existing agreement to spare Japan from new auto tariffs still stood. The U.S. and Japan signed a limited trade agreement in October that did not address autos. But Trump said the two countries are working on a more comprehensive deal.

Last week, outgoing European Commission President Jean-Claude Juncker said he did not think Trump would go ahead with the auto tariffs.

Trump's tariffs -- especially the levies he's imposed on more than $360 billion worth of Chinese imports -- have unsettled businesses and contributed to an economic slowdown in the United States and abroad.