Trump's 'Buy American' policy could have major implications for Canada 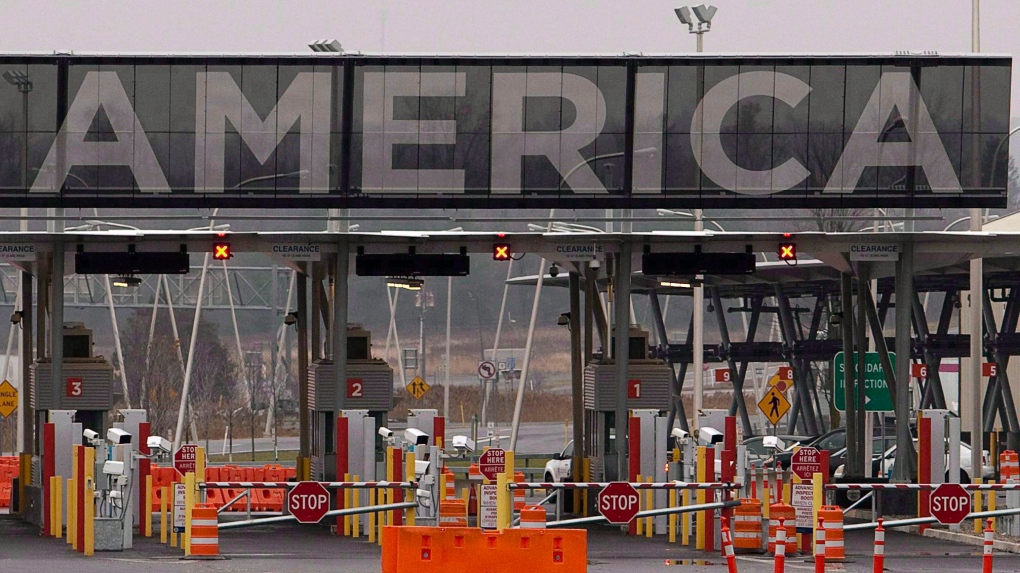 The United States border crossing at in Lacolle, Que., is shown on Wednesday, December 7, 2011. (THE CANADIAN PRESS/Ryan Remiorz)

WASHINGTON -- Donald Trump has made it clear he wants Buy American rules in the massive infrastructure program he's planning, launching an ardent defence of domestic-purchase requirements that can cause tensions with other countries.

Critics of such Buy American provisions say they not only freeze out foreign competition, but hurt Americans too, by driving up the cost of construction, which means taxpayers get fewer roads and bridges for their buck and fewer construction jobs in the long run.

But the measures have considerable political support and the president-elect has strongly suggested, in several speeches, that he sees them as part of a historic, $1 trillion infrastructure bill he's urging lawmakers to pass.

"On infrastructure, I am going to ask Congress to pass legislation that produces $1 trillion of new investment in America's crumbling infrastructure and it is indeed crumbling. That includes major new projects for both our rural communities and our inner cities, which have also been forgotten.

"And we will put our people -- not people from other lands -- our people back to work in the process. It is time to help Americans get off the welfare and get back into the labour market and they're going to want to do it. ... Rebuilding this country with American hands, by American workers. We're going to do it."

His words echo those of some lawmakers from both parties, which suggests the issue could surface in the new year when Congress turns its attention to Trump's legislative agenda.

It would repeat an old story.

In the midst of the 2009 recession, Congress included Buy American rules in a stimulus bill signed by President Barack Obama -- which caused early tension with the Canadian government, as the latter argued the rules made little sense in an integrated continental economy where companies operate on both sides of the border.

After much lobbying, the Canadian government got a special carve-out for Canada -- but it didn't apply to every infrastructure program, didn't apply in every state, was only temporary and has now expired.

Some U.S. trade veterans have been expecting this issue to resurface.

"My best guess would be that if there is a stimulus bill, there would be a buy-American provision," said Jean Heilman Grier, who used to work for the U.S. government as the senior procurement negotiator for trade deals.

She said she hopes the bill at least will include a stipulation that existing trade agreements be respected -- a clarification senators added to the 2009 stimulus bill.

She said Canada might also try including procurement in the upcoming discussion about NAFTA, which Trump says he wants to renegotiate. Canada's new deal with the European Union includes liberalized infrastructure procurement.

But she said there's a problem doing that with the U.S. It's an issue of American federalism. Heilman Grier said that, in the U.S., even if the states sign on to liberalized federal procurement standards, they don't control local projects.

"They can't dictate how cities do their procurement," she said in an interview.

"You can't have Illinois say, 'Okay, we'll include Chicago."'

She now works in the private sector for the international consulting firm Djaghe. When asked how she, personally, feels about the wisdom of buy-American rules, she responds coyly: "As a government negotiator I would defend them. But I can't point to any data that says it's good for the U.S."

The president-elect, however, sounded quite enthusiastic in his latest campaign-style speeches.

"Remember, years ago," Trump told an Iowa crowd, "we used to proudly display 'Made in the USA?' You go get a car, right, and we'll have it say, 'Made in the USA.' We don't see it. Have you ever seen it? I don't see it anymore. We want to start doing that."