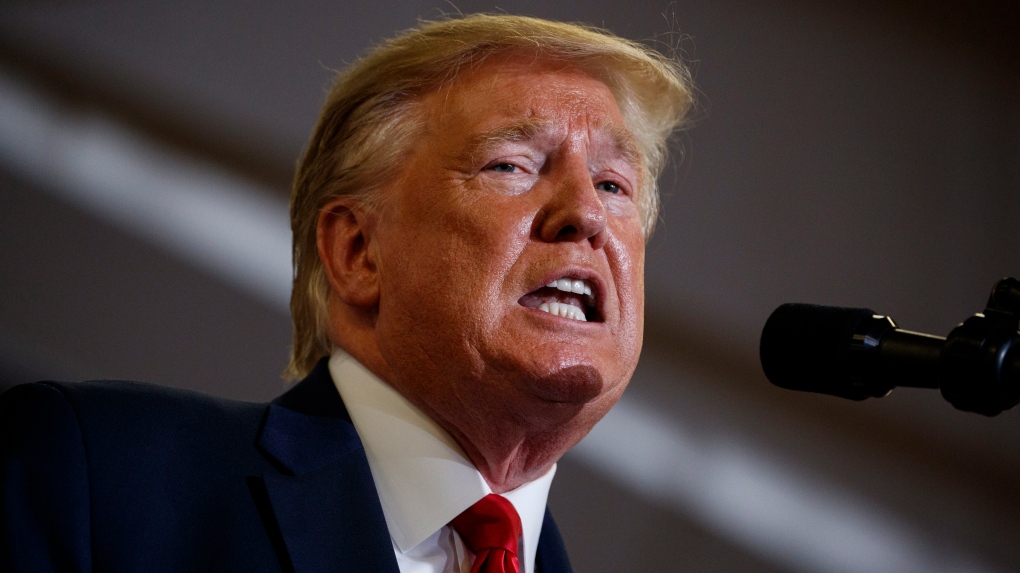 WASHINGTON -- U.S. President Donald Trump says the United States has agreed to a two-week delay in a planned increase in tariffs on some Chinese imports.

Trump said on Twitter on Wednesday that the delay is "a gesture of good will."

He says Chinese Vice Premier Liu He requested the delay "due to the fact that the People's Republic of China will be celebrating their 70th Anniversary ... on October 1st."

Trump has imposed or announced penalties on about $550 billion of Chinese products, or almost everything the United States buys from China. Tariffs of 25% that were imposed previously on $250 billion worth of Chinese goods were due to rise to 30% on Oct. 1.

Instead, Trump says, that will be delayed until Oct. 15.

The two sides have agreed to resume negotiations in Washington early next month.By delaying his tariff increase by two weeks, Trump has allowed for at least the theoretical possibility that the negotiators could make enough progress to avert his tariff increase indefinitely.