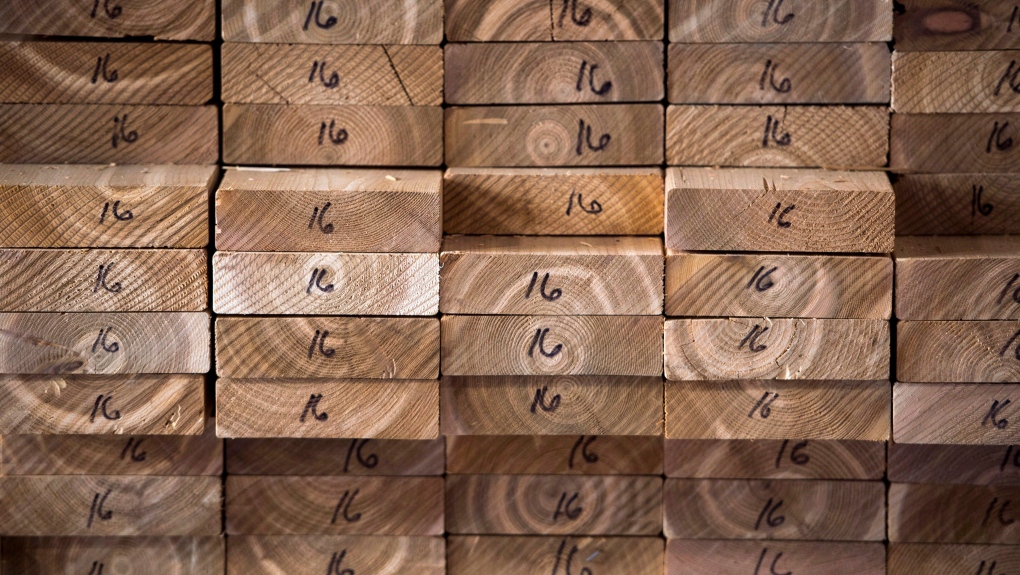 An insufficient number of truckers has impeded Resolute Forest Products Inc.'s ability to ship lumber from its sawmills to its paper plants, Richard Garneau, who retired Thursday as CEO, said during a conference call.

He said the Montreal-based company slowed production in December after a shortage of truck drivers working as subcontractors and harsh winter conditions resulted in a lack of wood chips at its Quebec pulp and paper mills.

"Certainly there was a shortage, but we're not the only one that is facing this reality," he told analysts.

"In the small northern communities, we knew that we would eventually have a challenge, but, I think this one was not anticipated," he said.

The company, which also makes pulp, specialty papers and lumber, said it is trying to adjust by using larger trailers to haul the chips to paper mills and shipping more volume by rail.

"I think that certainly with the rail delivering chips, it's going to help. And we're going to continue to work to address this issue and try to have training program to have more of the drivers."

Bob Matters, wood council chairman for the United Steelworkers union in British Columbia, said a shortage of drivers across the country comes down to demographics.

"That said, I am not aware the shortage has actually impacted bottom lines (of forest companies)," he wrote in an email.

Trucking shortages are a national challenge in many sectors, said Stephen Laskowski, president of the Canadian Trucking Alliance.

Without referring specifically to the forestry sector, he said the trucking industry is struggling to convince young people to take up the profession in sufficient numbers to replace the 10,000 truckers who retire every year.

About 26 per cent of all truck drivers are over 55 years old, which is a larger percentage than other sectors, he said. The average age is expected to be around 50 years old by 2024.

The trucker lifestyle -- consisting of long stints on the road, far away from home -- is less appealing than it used to be for today's youth.

And the trucking industry has a long history of not treating truckers well, he said in an interview.

Trucking margins are so slim that many companies are unable to reward their labour force sufficiently to entice younger workers, Laskowski said.

The shortage is simply a question of supply and demand that can be addressed by better working conditions and compensation, he added.

"Those that maintain the approach of the past will no doubt encounter issues."