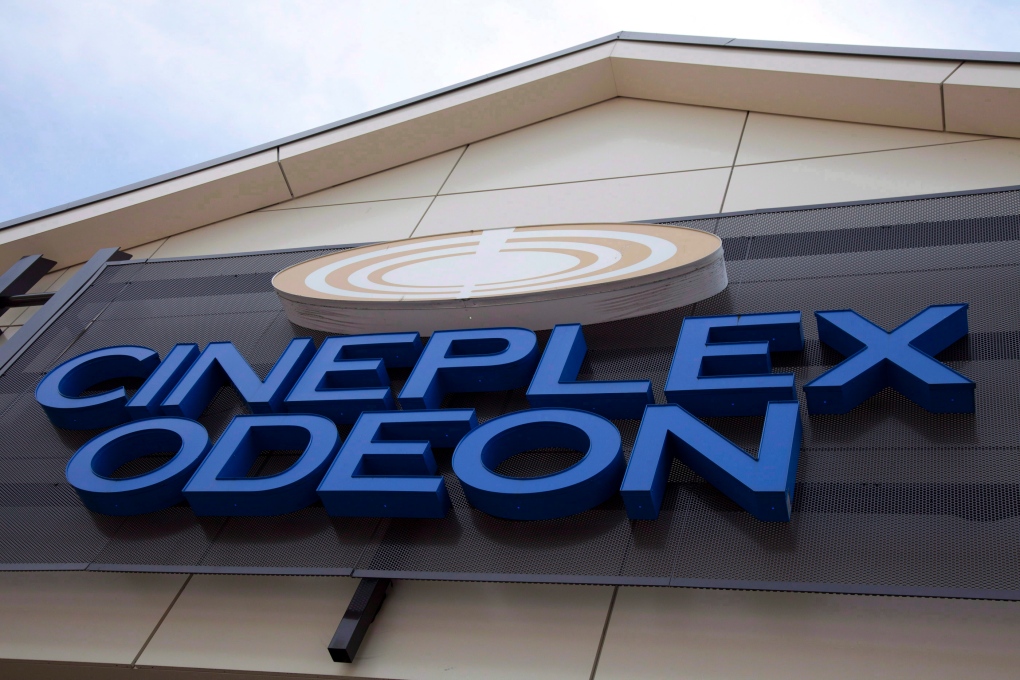 A Cineplex Odeon is pictured in North Vancouver, on May 15, 2012. (Jonathan Hayward / THE CANADIAN PRESS)

TORONTO -- A Hollywood triple-threat of superheroes, dinosaurs and fast cars dominated the box office at Cineplex Inc. early this summer with nearly half of ticket sales coming from only three blockbuster movies.

Together the trio of "The Avengers: Age of Ultron," "Jurassic World" and "Furious 7" represented an astounding 43.5 per cent of box-office revenue in the second quarter, leaving everyone else in the dust.

"It was a summer on steroids," chief executive Ellis Jacob said Thursday. "If you saw those movies, they were all fantastic."

The owner of Canada's largest chain of movie theatres says profits grew 9.8 per cent in the quarter to $25.5 million from $23.2 million a year ago.

Earnings per share rose to 40 cents from 37 cents in the three months ended June 30.

Bigger audiences also meant more popcorn and drink sales. Concession revenues increased by 8.3 per cent to a record high $5.50 per patron from $5.08 in the comparable year-earlier quarter.

A quarterly record was also touched for box-office revenue per patron which grew five cents to $9.45.

The rise of the "event movie" has been happening for years, as traditional blockbusters evolve into massive hits that deliver explosive results on opening weekend before they quickly fade into the background to make room for the next hyped movie.

This summer, Cineplex (TSX:CGX) said the three biggest films were so popular they placed in the company's Top 10 all-time best performers in terms of sales.

Part of the surge came from moviegoers spending more money on tickets as they chose to watch films in Cineplex's various premium-priced theatres like Imax, VIP cinemas and UltraAVX.

Premium tickets accounted for about 46 per cent of overall ticket sales, Jacob said.

The second-quarter performance bodes well for the fall and winter box-office, which are loaded with other "event" films that could deliver big audiences," Jacob said.

November is packed with potentially huge titles, including "Spectre," the latest instalment in the James Bond franchise, as well as the final "Hunger Games" film and Disney's "The Good Dinosaur."

Cineplex is looking for other ways to keep its profits consistent in a fickle market where moviegoers will skip the cinema if the films on offer don't suit their taste.

Meanwhile, the company plans to expand its SuperTicket lineup to include more of the films playing in its theatres.

SuperTicket was launched two years ago as a way for customers to pre-order a digital copy of the same film they're buying a ticket for at the box office. The movie then becomes downloadable when it's released for home viewing at a later date.

Since its launch, SuperTicket has only been sold for a few movies at a time.

"You're going to see a significantly larger rollout," Jacob said, noting that most studios have committed to making all of their films part of the program.

During the quarter, Tims TV was caught in a clash between environmentalists and oil industry supporters after advertising for Enbridge appeared on their screens.

Tim Hortons pulled the ads in early June and the CEO of its parent company, Restaurant Brands International (TSX:QSR), said in late July that Tims TV was being reviewed.