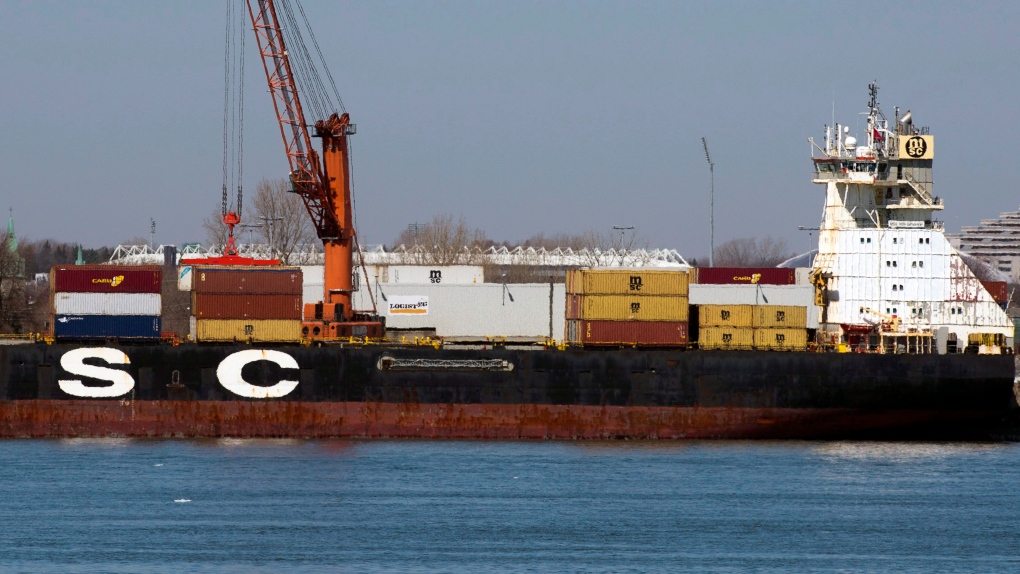 A ship is docked at the Port of Montreal, Monday, April 13, 2015. (Ryan Remiorz/THE CANADIAN PRESS)

Montreal port employers are taking on 50 new workers by 2019 in a move prompted by the proposed United States-Mexico-Canada trade deal, according to the association representing port companies.

The trilateral accord -- unveiled last week and set to replace the North American Free Trade Agreement -- "provides predictability" and clears the decks for greater container traffic and a bigger terminal crew, said Stephane Morency, president of the Maritime Employers Association.

The new positions come on top of 65 jobs that were announced last month following increased trade with the European Union one year into its free trade deal with Canada.

"We feel great," Morency said in an interview.

He said the 115 new workers represent a $15-million investment by port employers, or roughly $130,000 per employee.

"I've never seen that many people hired in one month," he said.

The surge in dock activity already underway stems partly from food and metal imports from Europe that range from wine and cheese to steel girders, he said.

Container traffic ramped up by 9.5 per cent in the first eight months of 2018 compared with the same period a year earlier, according to the Montreal Port Authority.

"If we look to the future, we'll certainly see an increase in our traffic with Asia," she said.

Overall traffic during the first eight months of 2018 actually fell 2.7 per cent year over year to 24.14 million tonnes, according to port figures.

The port authority hopes to open another container terminal on Montreal's South Shore to accommodate growth, which climbed 14 per cent over four years to hit 1.54 million 20-foot equivalent units in 2017. The port completed an environmental impact assessment in January.

About $41 billion worth of goods move through the Port of Montreal each year, according to the port authority.