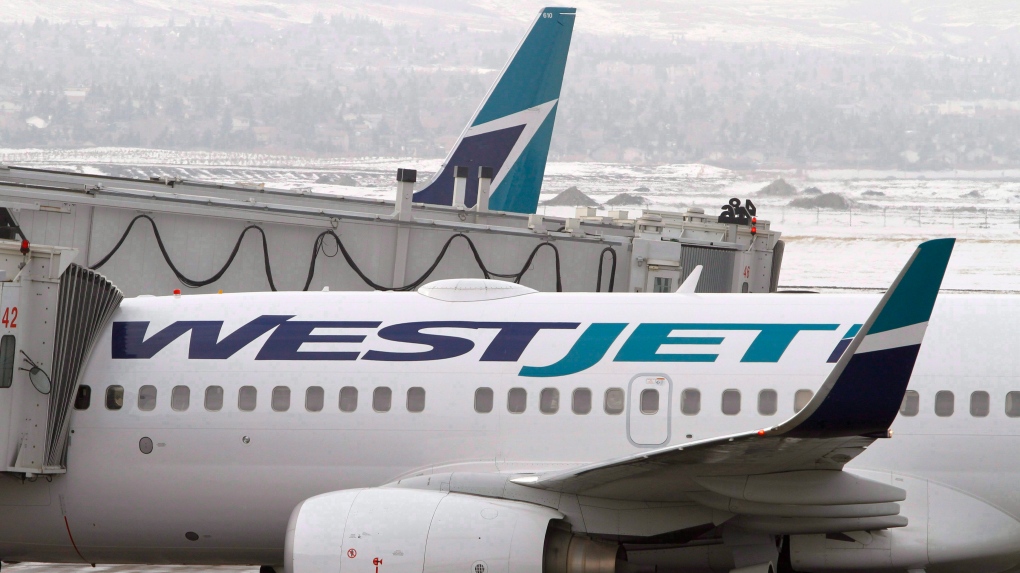 A WestJet plane sits on the tarmac at Calgary Airport on in this 2010 file photo. (Larry MacDougal / THE CANADIAN PRESS)

The proposed $3.5-billion acquisition of WestJet Airlines by an affiliate of Onex Corp. moved a step closer to completion after Canada's transportation regulator determined the airline will continue to meet Canadian ownership and control requirements.

The Canadian Transportation Agency said Tuesday that the Calgary-based airline and its discount subsidiary Swoop would remain Canadian if Onex amends its bylaws to ensure any matters voted on by the board of directors are done with a majority of Canadian directors being present.

It notes that Onex chairman and chief executive Gerry Schwartz holds at least 60 per cent of the voting interest in the company and is in a position to exercise voting control over Onex, including at shareholders' meetings.

"In light of the foregoing, the agency finds that only Mr. Schwartz, a Canadian, will have the means to exercise control in fact over Onex and is satisfied that Onex will be controlled in fact by Canadians should the proposed transaction be executed as filed," it said in a seven-page decision.

The company will, through subsidiary Kestrel Holdings Inc. have voting control of Kestrel Topco Inc., which will ultimately own and control WestJet and Swoop Inc., the CTA added.

Onex said it is pleased to have received approval from the minister of Transport and the Competition Bureau for the WestJet transaction.

"Onex is engaged with the CTA on the regulatory approval process of our transaction," it stated in an email.

The CTA added that the requirement to be Canadian is an ongoing requirement and that the agency must be notified of any change to its status.

Onex requested on May 31 that the agency to make an advance determination if WestJet and Swoop continued to meet Canadian ownership and control requirements.

In September, Air Canada challenged WestJet's acquisition by Onex, arguing in a filing to the country's transportation regulator the deal breaches federal rules that limit foreign ownership of carriers.

Federal legislation limits foreign ownership of a Canadian airline to 49 per cent, with a maximum of 25 per cent for any one foreign investor. Onex, which managed $23.2 billion of invested capital as of Dec. 31, is a private equity firm whose funds include cash from foreign investors.

WestJet shareholders approved the proposed acquisition in July, with 92.5 per cent voting in favour. The same month, an Alberta court approved the deal, which Onex and WestJet expect to complete following further regulatory green lights later this year.

WestJet, founded as a no-frills regional upstart in 1996, has set its sights on Air Canada in recent years, challenging the carrier's dominance on international routes by adding transatlantic flights, wide-body planes and premium fares.

Air Canada's own bid for Transat is also moving through the approvals process.