TransCanada 'can live with' only 1 export terminal for Energy East 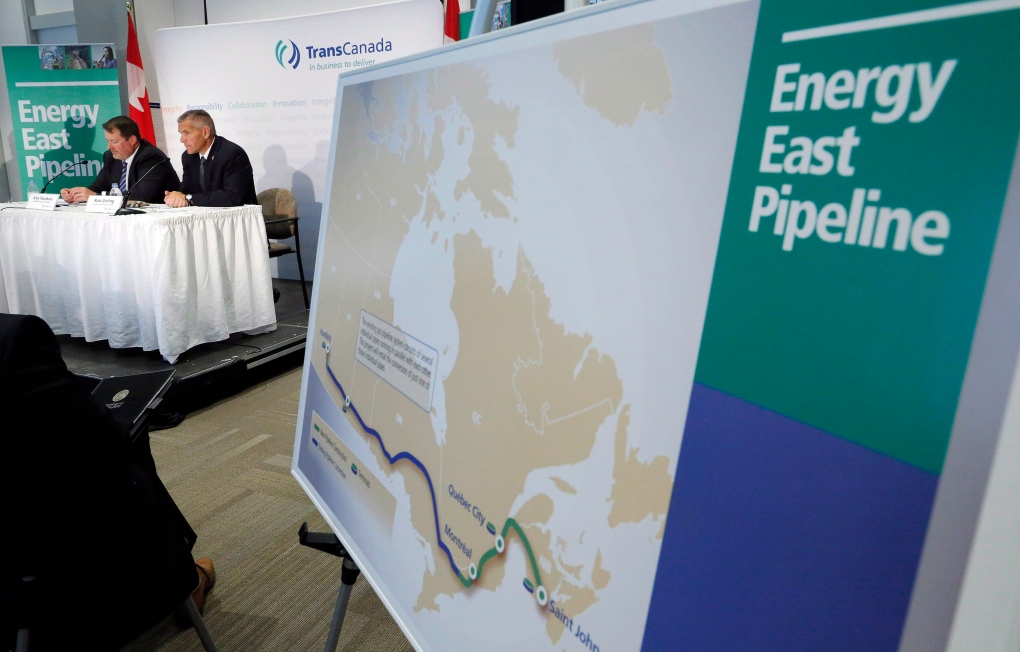 CALGARY -- Pipeline operator TransCanada says it can live with having a single export terminal in New Brunswick for its proposed Energy East pipeline.

The Calgary-based company had aimed to also export crude from Cacouna, Que., but scrapped those plans last month.

It also pushed back the startup date of the cross-Canada oil pipeline by about two years.

There had been concerns about how increased oil tanker traffic along the St. Lawrence River might affect beluga whales, whose population has been dwindling.

TransCanada continues to look at other potential sites in Quebec, but the company's CEO says focusing on just Saint John, N.B., is an option, too.

The $12-billion Energy East project would stretch from Alberta to Saint John, which has a deepwater port and where Irving Oil operates a major refinery.

"Can we live with one terminal? The answer to that is absolutely yes," chief executive Russ Girling told reporters following TransCanada's annual meeting.

"I think that's absolutely an acceptable outcome. We'll still be able to deliver to the refineries in Quebec, both Montreal and Quebec (City), as well as the refinery in Saint John and an export terminal."

Also Friday, TransCanada said it expects B.C.'s oil and gas commission to decide soon on two pipeline projects that the company wants to build across the province.

One of the projects is a 900-kilometre pipeline to move natural gas from the Montney gas-producing region near Fort St. John, in northeastern B.C., to a connection near a proposed liquefied natural gas terminal near Prince Rupert, B.C. planned by Malaysia's Petronas.

The other project is a 670-kilometre pipeline to move gas from the Montney region to a proposed Shell-led LNG terminal near Kitimat, B.C.

Girling said he's expecting a mid-2015 decision from Petronas about whether to go ahead with its project, with Shell's final investment decision expected to come a year later.

Earlier, TransCanada said its "comparable earnings" for the first three months of 2015 were 66 cents per share or $465 million, up from $422 million or 60 cents per share in last year's first quarter.

Analysts tracked by Thomson Reuters also estimated 66 cents per share of earnings for the quarter.