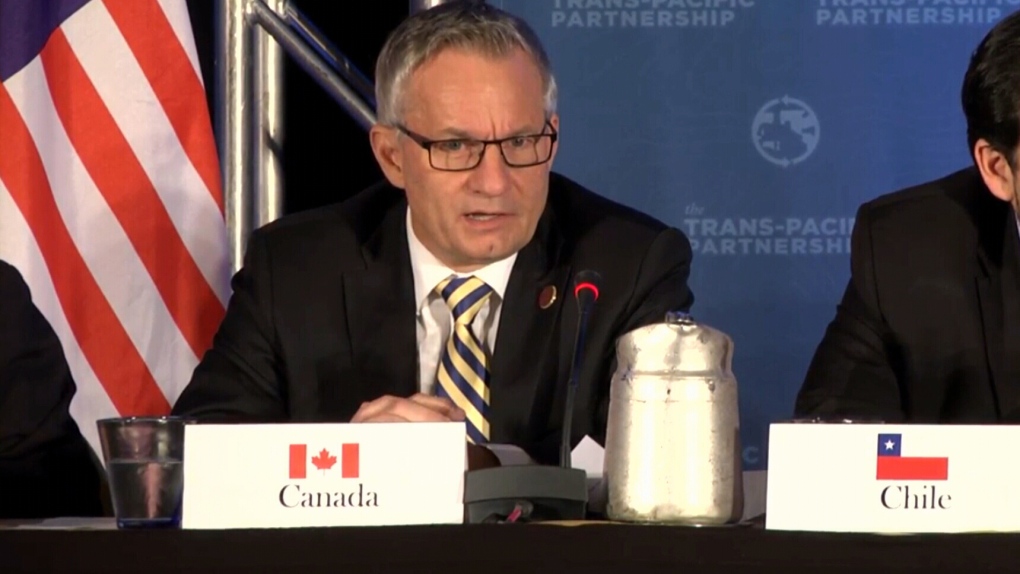 ATLANTA -- Here are some highlights of the 12-country Trans-Pacific Partnership agreement as described by the Canadian government Monday as it shared details of a deal to create the largest-ever regional trading bloc.

The full text is not yet released, and the agreement would need to be ratified by the parliaments and governments of all 12 countries to come into effect.

If implemented, the agreement could mean: