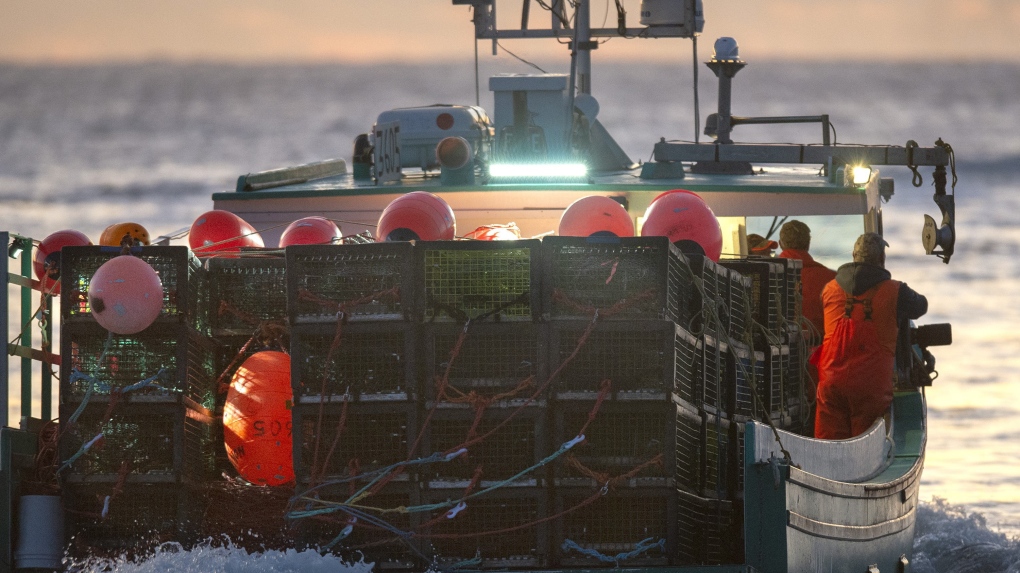 "We, of course, are aware of the investigation, and we will keep a close eye monitoring the developments," she told reporters in Toronto, regarding the United States International Trade Commission probe.

"Certainly the lobster industry can depend on our government to keep working for you."

The Canadian industry gained most of the Chinese market that the Americans lost after China slapped a 35 per cent tariff on U.S. lobster exports. Canada also saw its lobster exports grow in Europe after it signed the Comprehensive Economic and Trade Agreement, or CETA, with the European Union, giving it a tariff advantage over its U.S. competitors.

The Trump administration, however, has recently signed an agreement with China that removes the 35 per cent tariff. And a separate deal with Europe also removed tariffs on American lobsters that had provided the Canadian industry an advantage.

The Lobster Council of Canada says it's doubtful the Trump's administration's investigation into Canada's lobster exports will have a major impact on the industry.

Executive Director Geoff Irvine said Monday the lobster industries of Canada and the United States are now back on an even playing field.

"There should be no impact," Irvine said. "They're just simply doing a study of our industry, of export trends, of tariffs between the countries and the economic impact. I don't expect any impact on our industry."

Kristin Vekasi, a University of Maine political science professor who studies international affairs, says the timing of the announcement -- with just more than two months until the Nov. 3 election -- suggests a political motivation.

It comes following Trump's June 24 visit to Maine, where he is contesting four electoral college votes, particularly one in the lobster-producing, northern portion of the state. Trump won the northern region in the 2016 presidential election.

"The president has done a lot of executive policy decisions over the last month to try and appeal to those voters and this is likely one of those ... playing to international grievances," Vekasi said in an interview Monday.

In northern Maine, there's concern the Canadian lobster industry secured large portions of the Chinese market in 2019 after the U.S. administration's trade dispute with China led to the punitive levies by the Far Eastern nation, she said.

"Once trade patterns shift, they tend to be pretty static," Vekasi said. "There's concern (in Maine) that once these new markets and these new logistics patterns have been established, they don't just automatically shift back to where they were prior to the trade frictions."

Lobster shipments, valued at about US$468 million in 2019, are Maine's largest export.

When Trump visited Maine in June, he participated in a roundtable with the fishing industry and announced he was reopening the Northeast Canyons and Seamounts Marine National Monument off the New England coast to commercial fishing.

"The commission makes no recommendations on policy or other matters in its general fact finding reports," she said in a email.

The trade commission's findings will be released in January, but not before a public hearing is held Oct. 1 -- about a month before the U.S. election.

This report by The Canadian Press was first published Aug. 31, 2020.