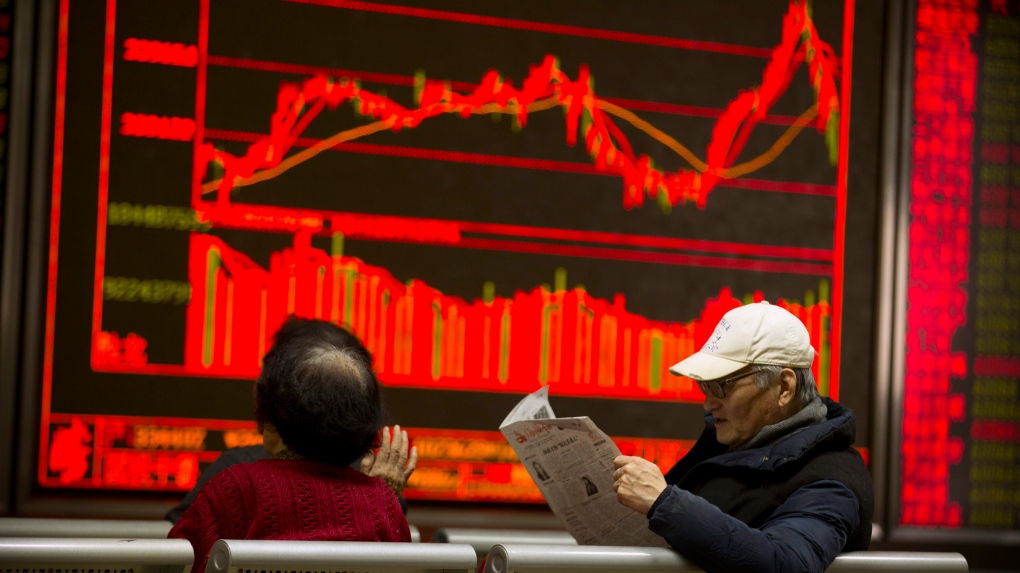 TORONTO -- Canada's main stock index had its best day in more than two weeks Wednesday as the energy sector rose and financials was propelled by better-than-expected results from Royal Bank and National Bank.

The strong quarterly bank results came a day after the Bank of Montreal and Scotiabank forged the same path.

Financials increased 1.6 per cent on the TSX with Laurentian Bank climbing 4.9 per cent, followed by National Bank at 4.8 per cent.

Manulife Financial rose 4.7 per cent in heavy trading while Scotiabank was up three per cent and BMO 2.6 per cent higher. Royal Bank lost 0.26 per cent after posting strong share gains on Tuesday.

“I haven't seen bank stocks move this much in a long, long time and extrapolating that to the general market here in our country, as banks go, a lot of times goes our market,” said Allan Small, senior investment adviser at HollisWealth.

Markets recovered from morning losses after Federal Reserve chairman Jerome Powell's second day of testimony to Congress in which he reinforced that bond-buying and low interest rates will continue longer to help the economy.

That powered a 10.9 per cent lift in shares of Vermilion Energy Inc.

“When you have oil up significantly as it is today as well (as financials), I think it's a good day,” Small said in an interview.

Anticipation of strong economic growth fuelled by the expansion of COVID-19 vaccinations offset the impact from a rise in weekly U.S. stockpiles.

Small said he wouldn't be surprised to see crude prices stall and pull back to around the US$50 range as Saudi Arabia and other producers increase output to take advantage of improved demand.

“As COVID slowly starts to disappear around the world, they will do that,” he said of increased Saudi oil production.

The Canadian dollar traded for an average of 79.69 cents US compared with 79.35 cents US on Tuesday. It hit 79.95 cents US in earlier trading for the highest level in three years.

An 11 per cent increase by Aphria Inc. helped the cannabis-heavy health-care sector, while BlackBerry Ltd. rose 8.2 per cent in technology.

Air Canada was up 4.5 per cent on the day in keeping with gains by other global airlines on hope of a resumption in travel. Shares of the country's largest airline have surged 31.6 per cent in February, after plunging 82 per cent after COVID struck.

Materials was also higher on a big increase in copper prices.