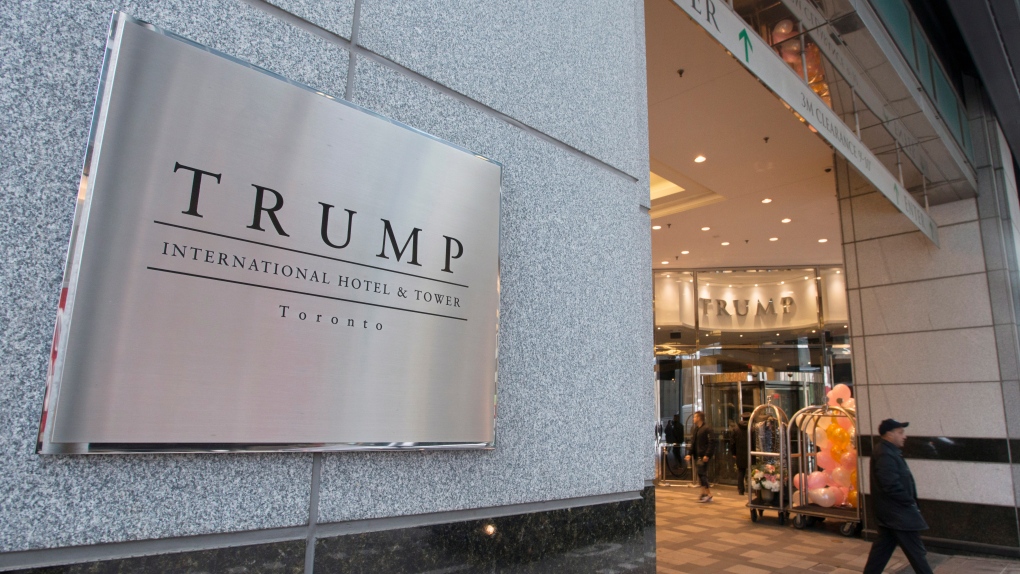 The entrance to the Trump International Hotel and Tower is shown in Toronto, Wednesday, Dec.9, 2015. (THE CANADIAN PRESS / Graeme Roy)

As part of the deal, the 65-storey facility will get a significant renovation and be renamed the St. Regis Toronto once the revamp is done.

But before the full rebranding is complete, the site will operate as the Adelaide Hotel Toronto while it undergoes a renovation to the lobby, guest rooms, public areas and food and beverage outlets.

JCF Capital said earlier this week that the hotel, which has struggled financially and been the focus of a long-running legal battle, will no longer bear Donald Trump's name.

The U.S. president never owned the building, but his Trump Organization licensed his name and operated the property.

InnVest is a Canadian company that holds one of largest hotel portfolios in the country.