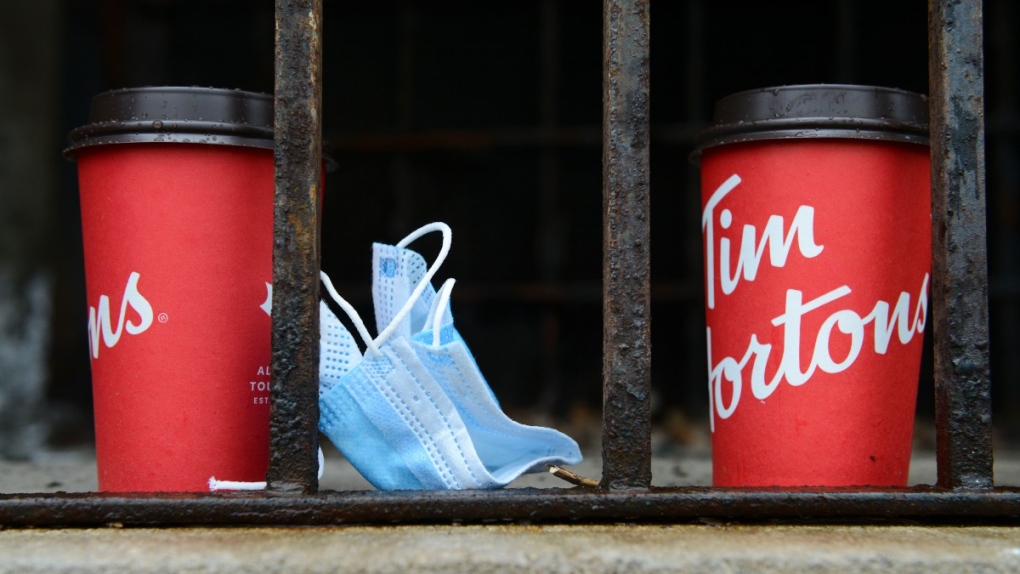 A used surgical face mask and Tim Hortons cups are left on a step on Parliament Hill during the COVID-19 pandemic in Ottawa on April 30, 2020. (Sean Kilpatrick / THE CANADIAN PRESS)

TORONTO -- Tim Hortons has signed a deal with TerraCycle's Loop program to test an option that would allow customers to pay a deposit and receive their order in reusable, returnable cups and food packaging.

Once the customer is done they could return the cups and other containers to a participating restaurant and have their deposit refunded.

Tim Hortons says the cups and food containers would then be cleaned, sanitized and used again.

The test program is expected to start next year at select Toronto restaurants.

Tim Hortons says it expects that over time, the Loop program will have a growing number of drop-off locations -- both at Tim Hortons restaurants and elsewhere.

The company announced plans to give away nearly two million reusable cups in February but had to pause the plan due to the pandemic.

This report by The Canadian Press was first published Oct. 22, 2020