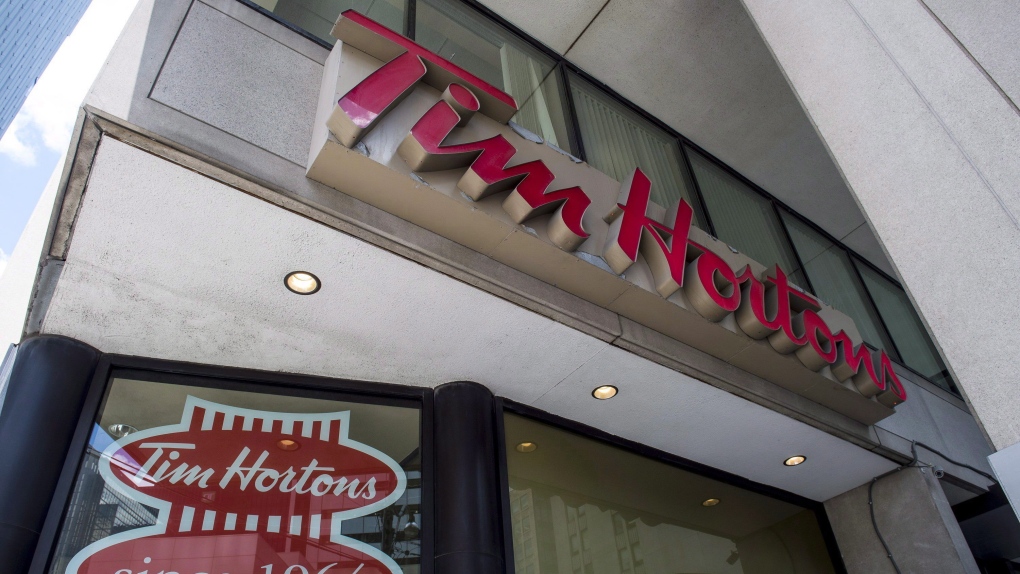 TORONTO -- Franchisee unrest has hit Tim Hortons again, this time from its U.S. members, who are accusing the company of engaging in an "illegal and fraudulent business scheme."

A lawsuit from the Great White North Franchisee Association USA Inc, a group claiming to represent most American Tim Hortons franchisees, alleges the company, its parent, its affiliates and former president Elias Diaz Sese have used provisions in agreements to charge Tim Hortons franchisees as much as 50 per cent above what competitors pay for supplies like coffee, baking goods, meat and paper products.

The lawsuit filed in a Florida court Thursday claims the markup stems from a strategy Tim Hortons parent company Restaurant Brands International (RBI) used to implement a "supply chain business disguised as a franchise system." Under the arrangement, GWNFA USA alleges Tim Hortons affiliate TDL Group sells supplies and products to Tim Hortons, which then sells them to a distributor, which in turn sells them to franchisees.

"This lawsuit was filed by the same group that recently tried to pursue a case in Florida state court," said Tim Hortons head of communications Mary Lowe in a statement to The Canadian Press. "That case was dismissed a few months ago, and yesterday's filing appears to be a second attempt to pursue similar claims with a different court."

Thursday's lawsuit complains that the marked up prices are helping Tims and RBI profit, but making franchisees feel squeezed.

"They have reached the breaking point and they feel that they are being so overcharged by the supplies that they are required to buy through Tim Hortons or its affiliated company that a lot of them are just working for nothing," Jerry Marks, a lawyer representing GWNFA USA, told The Canadian Press.

"We have an agreement with the franchisor that says they will only make 'reasonable' profits on the things they sell to us...We would like this court to make a declaration finding that we are being unreasonably charged and if you want to use the word, price gouged."

Marks says winning the case would allow individual franchisees, who run the brand's 700 U.S. locations, to bring their own claims against Tims, RBI and their affiliates.

That increase was "partially offset" by a decrease in Tim Hortons restaurant revenues that "come at the direct expense" of Tim Hortons U.S. franchisees.

"This deliberate coercion, carried out using threats and intimidation, creates an environment where franchisees who have invested time, capital and sweat equity into the Tim Hortons brand as their livelihood, are preyed upon as the most immediate and dependable source of revenue and cash flow for RBI and its affiliates," the lawsuit reads.

"Once the franchisees realize they are pawns in this fraudulent scheme, the sunk costs, onerous contractual provisions (including the inability to sell their businesses for fair value), and threats of litigation and, in turn, more costs, make it economically prohibitive to escape...resulting in long-term indentured servitude."

It is far from the first time Tim Hortons and RBI two have tussled with franchisees. They spent much of 2018 locked in a war with Canadian franchisees over another series of lawsuits, advertising, cost-cutting measures, how to handle an increase in Ontario's minimum wage, delays in supply deliveries and a $700-million renovation plan that was said to cost store owners $450,000 per restaurant.

The tensions seem to be allayed in 2019, but sales and franchisee profits fell in the company's most recent quarter.