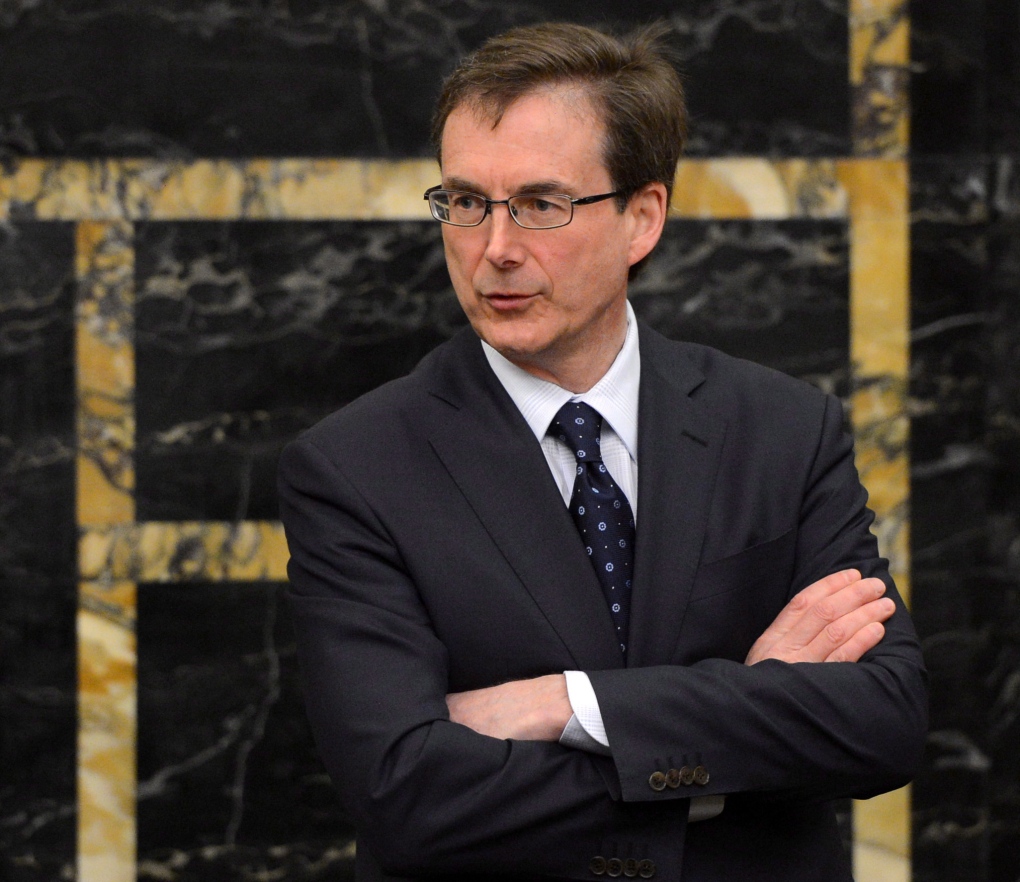 Bank of Canada Deputy Governor Tiff Macklem appears at a Commons finance committee on Parliament Hill in Ottawa on Tuesday, April 23, 2013 to discuss the report of the Bank of Canada on monetary policy. (Sean Kilpatrick / THE CANADIAN PRESS)

OTTAWA -- The Bank of Canada is losing its second in command and according to analysts, one of its brightest minds.

Senior deputy governor Tiff Macklem has announced he will step down on May 1 -- about four years before his term expires -- to become the new dean at the respected Rotman School of Management at the University of Toronto.

The move was not a surprise after Macklem, 52, was passed over for the top job last spring when Finance Minister Jim Flaherty chose Stephen Poloz, then head of Export Development Canada, to succeed the outgoing governor, Mark Carney.

Macklem had been widely expected to win the job and appeared to have been particularly groomed to succeed Carney, having spent some time at the Finance Department as associate deputy and pointman for the G20.

But as he did with the previous bank vacancy, Flaherty chose to go outside the institution's ranks for the new governor and cited Poloz's private sector experience as a key reason. By contrast, Macklem has spent all his career either at the central bank or Finance.

Still, Macklem was regarded by analysts as a top class economist and innovative thinker.

"Tiff was perhaps the most forceful voice from the bank on Canada's productivity challenge, and was one of the first to open the debate on soft business spending, and thus cash hoarding," noted Bank of Montreal chief economist Doug Porter, who studied economics with Macklem at the University of Western Ontario.

Porter said the departure is not a surprise.

Macklem is the third senior deputy governor in a row to leave the central bank early after being passed over.

In a statement from the Bank of Canada, Macklem makes no mention of his thwarted ambition.

"I will miss the bank a great deal," he is quoted as saying. "I am extremely proud of the work we have done to promote the economic and financial well-being of Canadians, and I am confident that the bank's first-rate research and policy formulation will continue to protect and strengthen Canada's economy."

In an interview with The Canadian Press last month, Poloz called Macklem a friend -- he was responsible for recruiting Macklem for the bank in 1984 -- and said they remained comfortable working with each other.

"We've stayed friends," he said. "I'm not going to deny initially there was a sense of, 'Oh, this has happened.' We work well together and I know Tiff is someone I can rely on with 100 per cent confidence, and I still think of him as my friend."

In the statement, Poloz thanked his number two for "his support and mentorship during my first six months as governor."

Officials at the bank said Macklem was not available for an interview Thursday.

Of his upcoming duties, Macklem said the "new role will allow me to bring together my public policy and research experience to support students and to promote the world-leading thinking that takes place at Rotman."

Macklem begins a five-year term at the school on July 1.