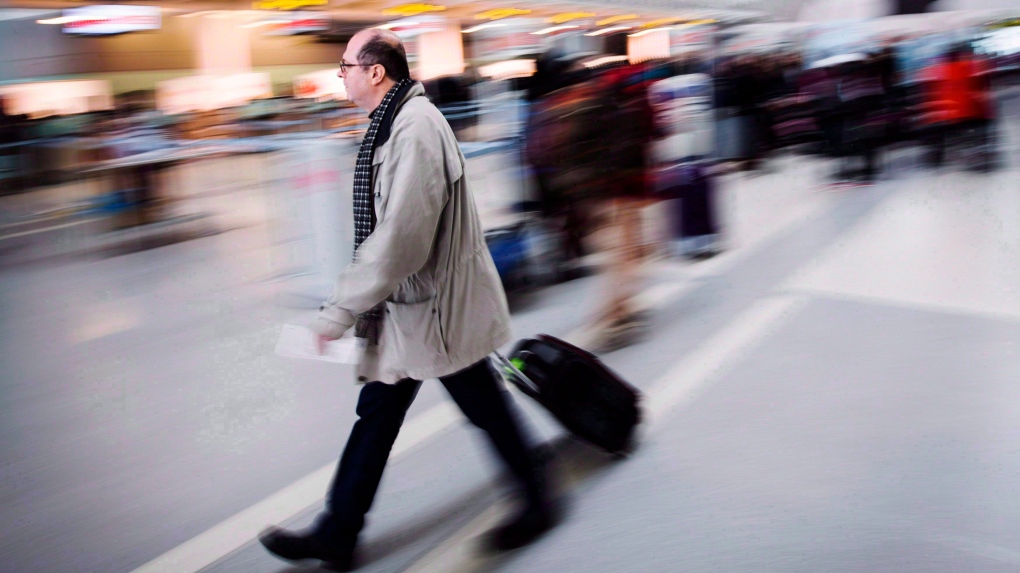 A man carries his luggage at Pearson International Airport in Toronto on December 20, 2013. (THE CANADIAN PRESS/Mark Blinch)

A spokesman for the airport says the Canadian Air Transport Security Authority decided to pause pre-clearance for passengers travelling to the U.S. in Terminal 1, so as not to overcrowd the customs area while the systems were down.

The airport says pre-clearance has resumed now that the issues have been resolved.

As a result of the technical issue that US CBP is currently working to correct, CATSA pre-clearance for passengers travelling to the US has been paused in Terminal 1. We appreciate your patience during this time. https://t.co/qTfivgOh3w

US @CustomsBorder has resolved the technical issues affecting travellers to the US. Normal operations are resuming. Thank you for your patience. https://t.co/PzoaFiRj5V