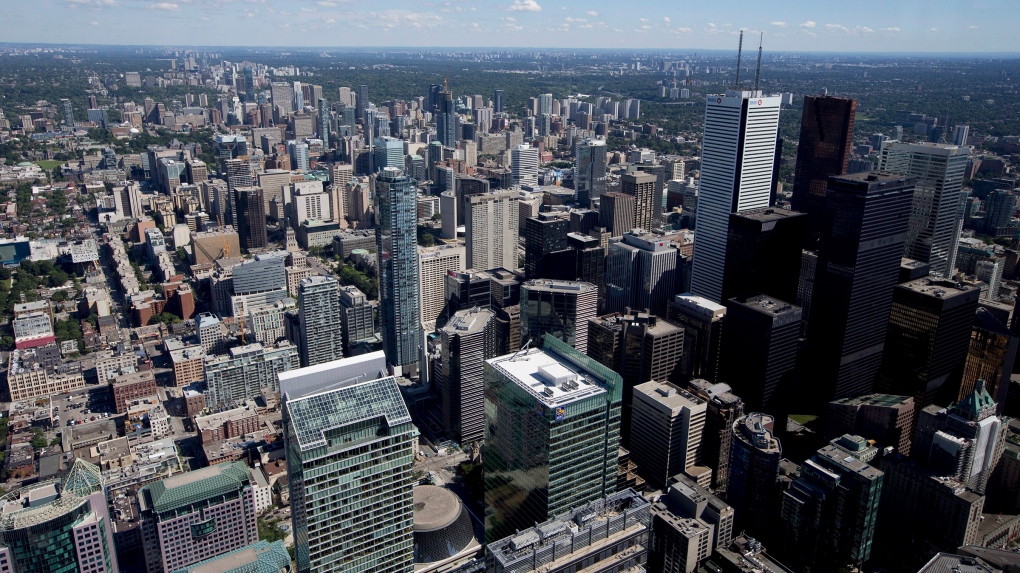 TORONTO -- The office vacancy rate in downtown Toronto has hit a record-low amid strong demand for work space by the burgeoning tech sector, according to a report by CBRE Group.

The commercial real estate services and investment firm says the vacancy rate fell to 2.7 per cent in the fourth quarter of 2018 in Canada's largest city due to a "chronic shortage" of office space.

CBRE says demand has been outpacing supply across the country.

The national office vacancy rate tightened by 50 basis points quarter-over-quarter to 11.9 per cent over the period, helped by a growing suburban office market particularly in Calgary and Waterloo, Ont.

Positive net absorption was recorded in nine of the 10 Canadian office markets.

By the end of 2018, there was 14.2 million square feet of new commercial space being developed across the country, the highest level seen since the first quarter of 2016.

The majority of that new office space was concentrated in downtown Toronto, Vancouver and Montreal.

CBRE says the technology sector is a major contributor to increased rates of leasing for downtown office space in Toronto, accounting for 20 per cent of pre-leased space out of the 9.1 million square feet in new planned development.