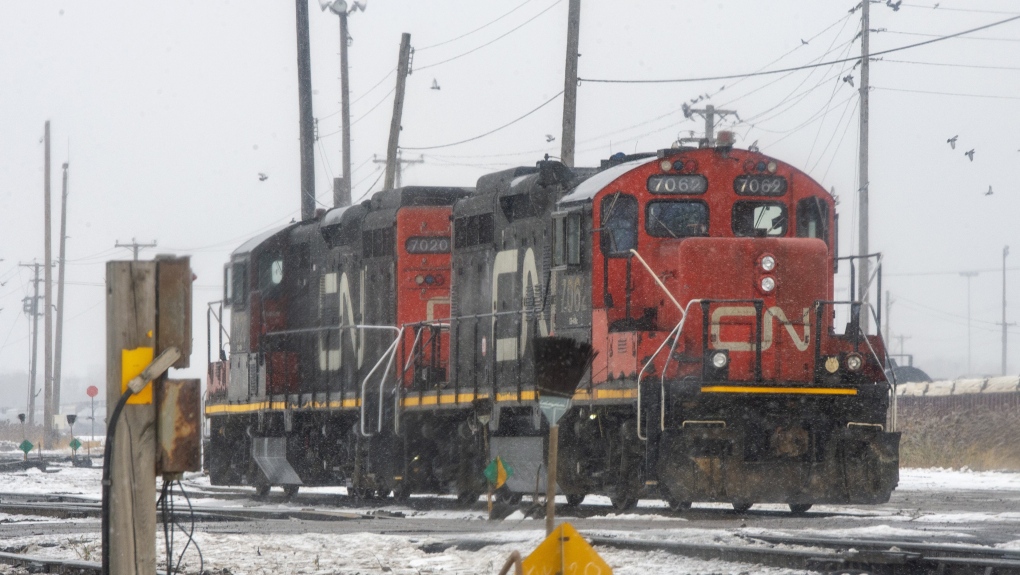 MONTREAL -- The Teamsters union says Canadian National Railway Co. has begun to transfer workers as part of an apparent move to relocate its rail traffic control centre to Edmonton from Montreal.

Teamsters Canada says more than 100 positions would be affected at the centre, which handles the majority of rail traffic in Eastern Canada. The union says CN has already begun to transfer 20 rail traffic controller positions to Alberta's capital, less than a year after the workers had been transferred to Montreal from Toronto.

Teamsters president Francois Laporte says the Montreal-based railway is "moving families across the country like goods on a train."

Union representative Lyndon Isaak says CN could lose experienced staff and increase risk for railroaders, since leaving their communities may not be an option for many of the affected workers.

CN did not immediately respond to requests for comment.

The union's concerns come as talks to ratify a tentative deal with the company continue following an eight-day strike by 3,200 workers that brought the railway to a near halt.