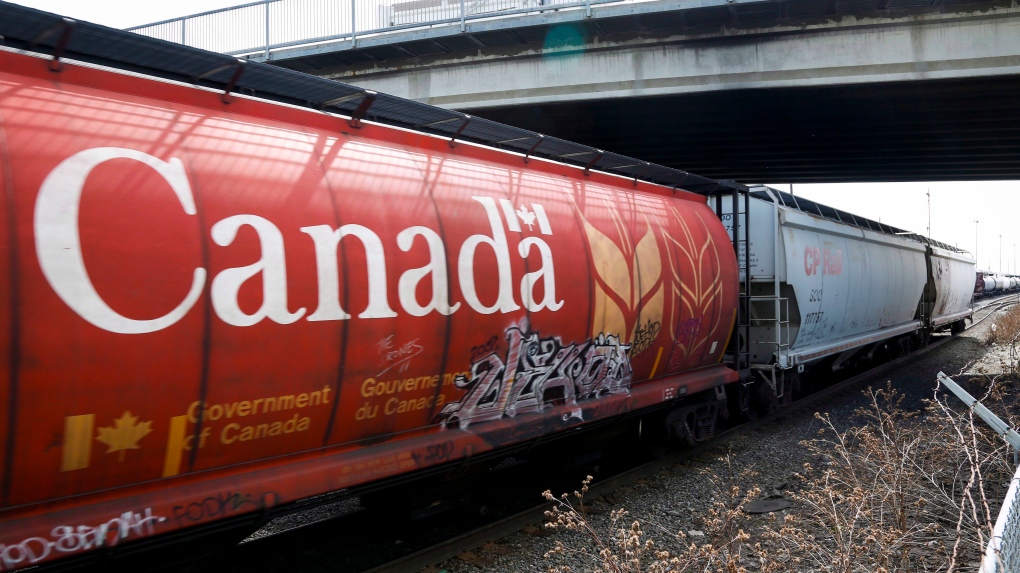 CALGARY -- Commodity shippers fear further disruptions in getting their products to market after two unions representing about 3,400 workers at Canadian Pacific Railway Ltd. served 72-hour notice of their intent to strike on Wednesday.

The notices come at a difficult time for the railway, which is under pressure from shippers to move backed-up grain shipments after a difficult winter and supply more locomotives to the pipeline-constrained oil industry in Western Canada.

"The disruptions we saw in Q1 this year and even at the end of last year were incredibly significant," said Greg Northey, director of industry relations with Pulse Canada, a member of the Ag Transport Coalition.

"A strike on CP would obviously be an order of magnitude kind of disruption to the movement of grain ... it would just exacerbate the problems we've had."

A CP Rail work stoppage would also be "extremely detrimental" to the member companies of the Chemistry Industry Association of Canada who rely on rail to ship about 80 per cent of their products, CEO Bob Masterson said in an open letter to federal Labour Minister Patty Hajdu.

"The impacts of a CP strike would be immediate, severe, and long-lasting as there are no viable alternatives for shipments," he wrote.

Federal Transport Minister Marc Garneau said earlier this week the government is watching the situation because of its implications for grain and other commodity movements, but remains hopeful the bargaining process will result in a solution.

Proposed legislation, Bill C-49, would give the government tools to help farmers with cash flow and compel railways to move grain or face penalties, but those measures are tied to separate provisions around a new air passenger bill of rights -- provisions that have raised concerns in the Senate, where the bill has stalled.

Both the Teamsters Canada Rail Conference, representing about 3,000 CP Rail engineers and conductors, and the International Brotherhood of Electrical Workers, with about 365 signal and communications workers, cite a lack of progress at the bargaining table.

Absent a negotiated settlement, the unions say their workers will walk out at 12:01 a.m. on Saturday.

"Serving a strike notice is part of the bargaining process that unions must follow if they want to be able to strike," said CP Rail CEO Keith Creel in a statement on Wednesday.

"We remain committed to achieving a win-win solution and urge the two unions to work closely with us and the federal mediators to achieve a positive outcome as soon as possible in the hours leading up to the deadline."

The two unions reached a tentative deal with Canadian National Railway Co. last month for new contracts for about 1,700 CN Teamsters workers and over 700 IBEW members.