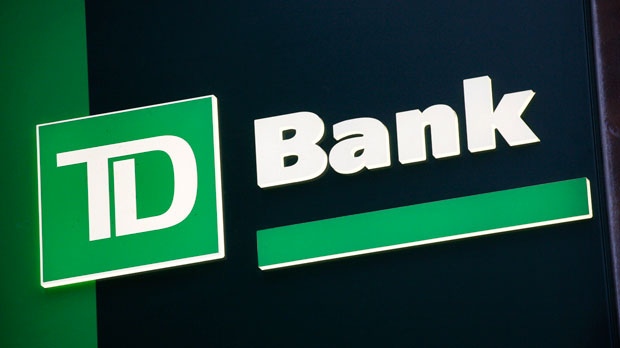 TD Bank Group beat expectations as it reported a fourth-quarter profit of $3.8 billion and raised its quarterly dividend by 13 per cent.

The bank said Thursday it will now pay a quarterly dividend of 89 cents per share, up from 79 cents per share. TD also says it plans to buy back up to 50 million of its shares.

The decision came after the federal banking regulator lifted restrictions last month on dividend increases, share buybacks and increases in executive compensation that were put in place at the start of the pandemic.

TD said its profit amounted to $2.04 per diluted share for the quarter ended Oct. 31 compared with a profit of $5.1 billion or $2.80 per diluted share a year ago when its results were boosted by a gain on the sale of its investment in TD Ameritrade. Revenue totalled $10.9 billion, up from $10.7 billion.

Analysts on average had expected an adjusted profit of $1.96 per share, according to financial markets data firm Refinitiv.

"Forward-focused investments in new capabilities and innovation drove higher loan and deposit volumes in our retail businesses, increased revenues in wealth and insurance, and strong results in our wholesale business in the fourth quarter of 2021," TD chief executive Bharat Masrani said in a statement.

"We ended the year in a position of strength, with a growing base of customers across highly competitive and diversified businesses and a robust capital position, enabling us to increase our dividend and providing us with a strong foundation upon which to continue building our business in 2022."

The results came as TD reported a $123-million reversal of its provisions for credit losses in its latest quarter, compared with $917 million it set aside for bad loans last year.

Wholesale banking at TD, which includes its capital markets and investment banking business, earned $420 million, down from a profit of $486 million in the same quarter last year.

This report by The Canadian Press was first published Dec. 2, 2021