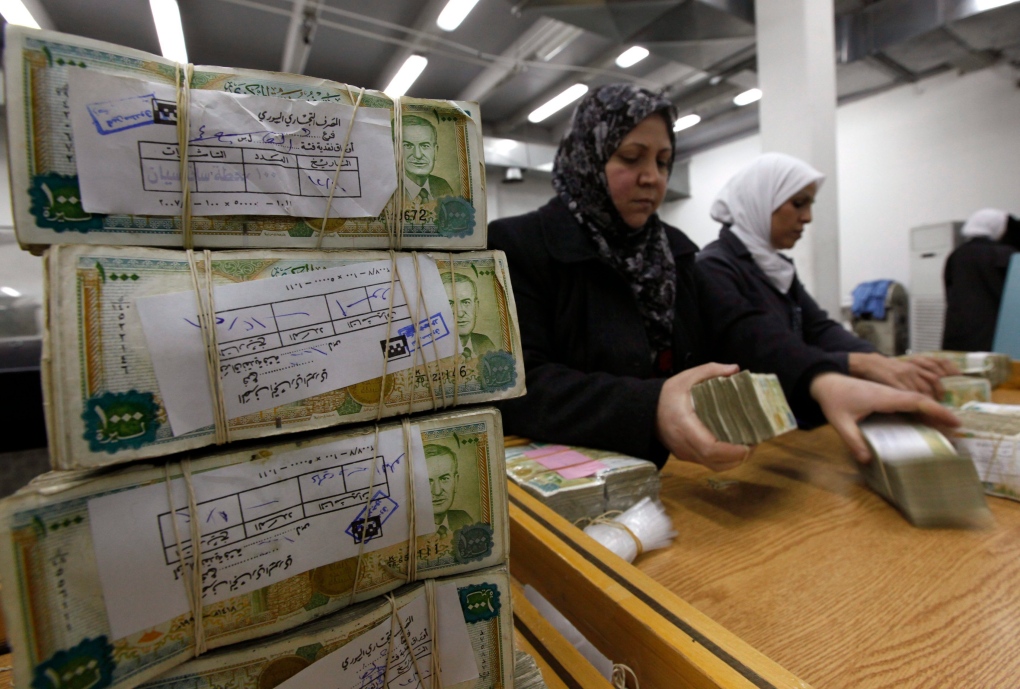 BEIRUT -- The Central Bank of Syria has put into circulation a new 1,000-pound banknote, one that doesn't include the image of President Bashar Assad's father and the country's former president, Hafez Assad.

Governor Adib Mayaleh's statement, carried by the state news agency SANA, says the move is part of efforts to improve the paper currency in circulation. The new note started circulating on Tuesday.

Mayaleh insists the new banknote will not affect the rate of inflation but that it will simply replace 70 billion worn-out banknotes that are being withdrawn.

Instead of the late president's image, the new note depicts an ancient Roman theatre in southern Daraa province.

Last year, the central bank put into circulation new 500 Syrian pounds banknote and withdrew by the same number and value.